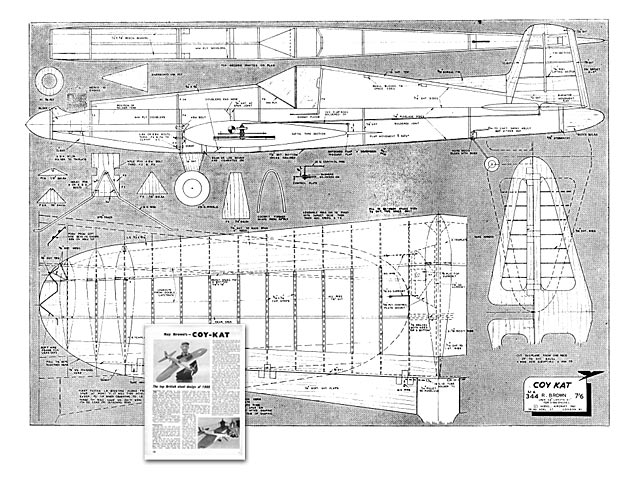 With first placings in stunt during 1960 at the Nationals (Gold Trophy), Sidcup, London Area, Enfield, Ashford and Hiehancombe Rallies, plus the World Championship Trials, it can justly be claimed that Coy-kat is contest proven! How it compares in performance with 'classic' American designs must remain a matter of individual pilots' opinions and prejudices, but compare with them it does, as witness the performances of Don Still and Bob Palmer when they flew Coy-Kat after the contest in Budapest, which, incidentally, also showed that it is not a 'one man' model.

The straightforward construction presents no difficulty to a builder who considers himself competent to handle a large stunter, but the following sequence of events will prove useful.

Fuselage : Cut two sides from 1/8in sheet and attach the mm ply doublers and motor mounts. Sandwich the front U/C wire between the ply formers then assemble the fuselage with the ply formers..." 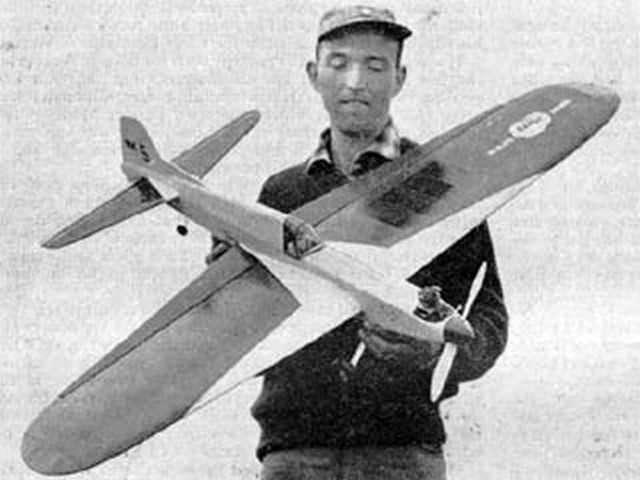