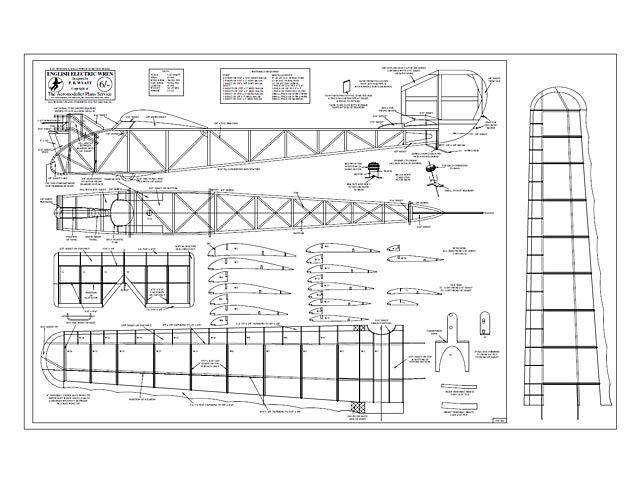 When the National Scale-Power contest was introduced last year, the rules required a model built to accurate scale, but capable of the greatest possible duration. Such a contest, without points for appearance or realistic flight, appealed to many of our acknowledged power experts, among them the 1951 National Champion, PB Wyatt.

Pete selected the production version of the Wren, a famous lightplane designed in 922, and using a 398 cc ABC twin engine. Placing the racing number 4 on the fin, the scale Wren is identified as that used by Sq Ldr WH Longton when he tied for first place in the £1,000 Daily Mail Lightplane contest of 1923. The same machine can still be seen in the Science Museum at South Kensington, and the descriptive label makes a point of mentioning the remarkable powers of duration which enabled it to win the contest. Petrol consumption was as low as 87.5 miles per gallon!

Choosing a winning duration aircraft, with the simplest lines and reasonable proportions for a model duration contest, obviously paid dividends for Pete Wyatt when he won the Scale Power Contest on 2nd September, using only two flights out of a possible three. Average duration is around the two minute mark, using a 30 sec power run. Proven in over 80 flights, the prototype model has plenty of penetration on power and glide, It has even been flown when the seagulls forsook flying for walking.

Fully detailed instructions for building this interesting scale model are issued with each full size plan. To whet your appetite we reprint Pete 'Watt's own trimming gen, which enabled him to win the SMAE Scale Trophy.

Trimming: Add weight to the nose until the CG is correctly located. The glide is rather fast, so on a hand launch the Wren will appear nose heavy. The engine has 1-1/2° dotwnthrust built in, but if an Elfin 1.49 is used, slightly more may be necessary. The original Wren had a slight tendency to turn to the left on the glide, so the trim tab was moved for more left glide and the engine given 2° right sidethrust. The sidethrust was adjusted until the Wren climbed dead straight with a slight tendency to turn right. If there is a turn when the engine stops, there is hardly any change from power to glide. Power turn in the same direction as the glide should not be used as the tail will tend to rise, causing a spiral dive. Full revs should be used for test flying with at least 8 sec runs, because the initial climb is shallow until flying speed is reached and a stall near the ground could be disastrous.

Flying the Wren makes a pleasant change from the usual cabin job, though it's as simple to build and fly, and if a good job is made of the dummy engine, quite a few bods will ask who sells the Javelin twin!" 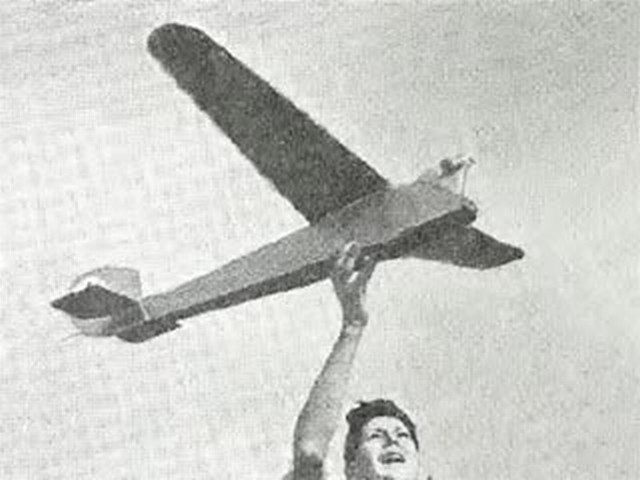