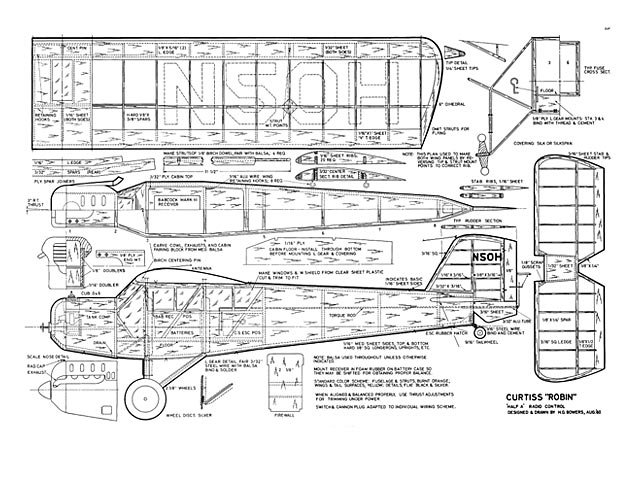 Quote: "When an old time aviation enthusiast starts to reminisce of what is often called the golden era of flight, one of the first aircraft that undoubtedly comes to mind is the OX-5 powered Curtiss Robin. Though angular and box-like in appearance when compared to modern day airplanes, the Robin nonetheless was a well engineered, sturdy, and highly efficient machine. After its debut in 1927 it became one of the most popular utility aircraft for many years, and in use even today by crop dusters and in remote areas. One incident I recall was of a Robin being intercepted at an inland Florida strip after landing at night between automobile headlights used as field markers. The two rear seats had been removed and it carried a contraband cargo popular during the period.

By today's standards, the Robin's performance was by no means spectacular with its maximum speed of 100 and cruising speed of 85 miles per hour, but it was a stable and reliable platform, and it served as a fine outlet for the vast stock of World War I surplus OX-5 engines which were so readily available during the period. Few aircraft have existed which lend themselves more admirably to an efficient flying model than the Curtis Robin. It is for this reason, and perhaps a bit of nostalgia, that I selected it as a radio controlled flying scale model. The one inch to the foot scale used provides a convenient and practical size with more than ample fuselage space to accommodate the small, light weight radio equipment available in most hobby shops. Any good .049 engine will provide near scale performance; a highly desirable factor in radio control flying, and a 40 acre field is not required.

Construction is conventional and simple, so lets start with the fiuselage. Carefully study the plans and cut the two basic fuselage sides from medium 1/16in sheet balsa. Next, install the longerons..."

Article pages thanks to spitfireflyby. 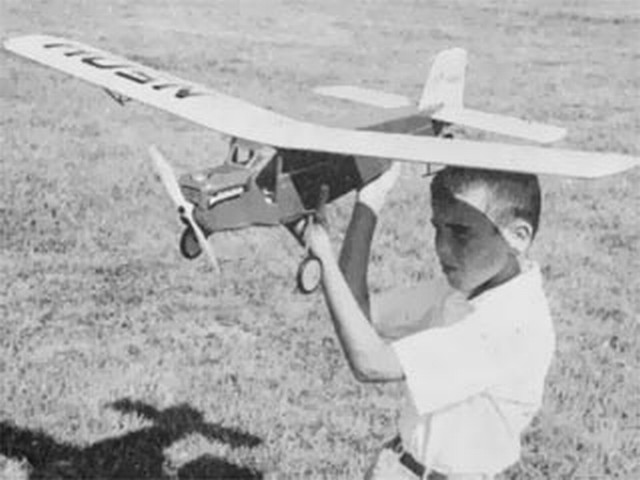