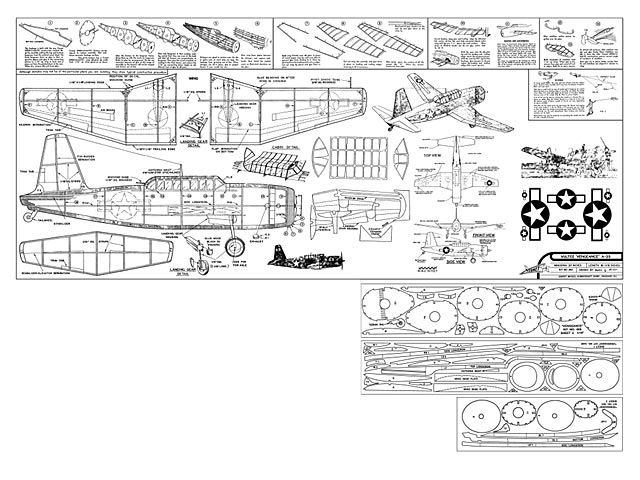 Quote: "Greetings. I built my first Comet Vengeance around 60 years ago. Those angular wings always intrigued me. I have a large electronic file of Vengeance photos, drawings, and plans, and while amassing this collection, I was amazed at how many kit designers and technical illustrators who got the lower portion of the fuselage wrong… including Warpaint! The past few winter days I've spent many happy hours re-drawing the Comet fuselage formers. They may not be 100% accurate, but are much better than before. I've not had the time as yet to BUILD with these new formers. I've enclosed a photo [more pics 005] made in the Nashville Plant of a Vengeance under construction which clearly shows the more 'flattened' bottom. Thanks, Ole Bill" 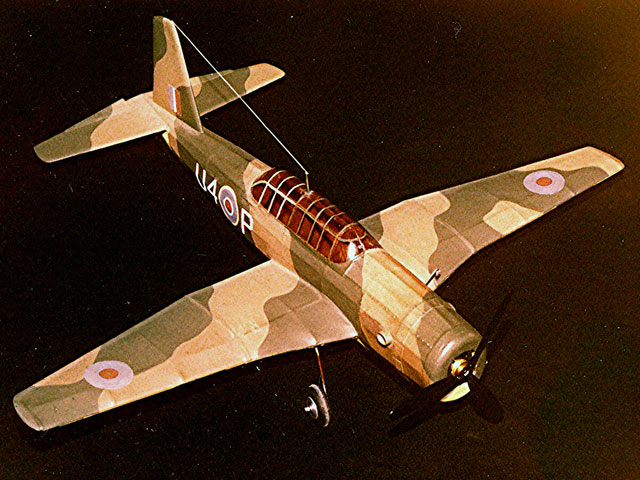 Here are two old photos of my Comet Vultee Vengeance which I converted to RTP (Round The Pole) [more pics 003, 004]. I painted it in the markings of U4-P which was one of the Vengeances my Dad flew when he was in 667 Squadron at RAF Gosport the end of 1944. My Dad told me that when they heard that the squadron was getting Vengeances, they were all somewhat concerned about flying this very large single engined American aircraft originally designed as a dive bomber. The squadron members went out to see the first six fly in and were more than impressed when out of each aircraft stepped a petite lady pilot of the ATA (Air Transport Auxiliary)!
ChrisPinn - 23/11/2016
Added box photo, thanks to EdShearer [more pics 006].
Mary - 23/06/2018
OleBill has done a great job improving the Comet Vengeance fuselage formers, but the rear formers need a bit of a tweak. The attached photo of a Vengeance without the tailcone [more pics 007] shows the rear fuselage cross section to be similar to the front fuselage and not 'sort of elliptical'. The side view of the fuselage on the Comet plan is also not too good and would look better if it was corrected. I have included a more accurate one I found on the web [more pics 008]. Unfortunately when you go down this road you soon reach the point where the next step is to bin the kit and scratch build the model!
ChrisPinn - 21/01/2019
Here's a model of another aircraft that was given short shrift by the country of its origin, but certainly not by those grateful aviators of Great Britain and Australia who were able to put it to effect use over the jungles of Southeast Asia and the Western Pacific, Comet Models Vultee Vengeance (oz385). One man's mule is another man's warhorse. After many years away from rubber-powered kits, I chose to dive back in with Comet's Vengeance...should have been an easy build, but still I botched it. So tore it all back down and recovered it. First effort was as an 8 AF squadron hack...second effort give it back its respect...finished in a generic RAAF scheme [pics 009-011]. Thank you Steve and Mary for all your efforts at Outerzone.
Neal Green - 11/05/2021
Add a comment