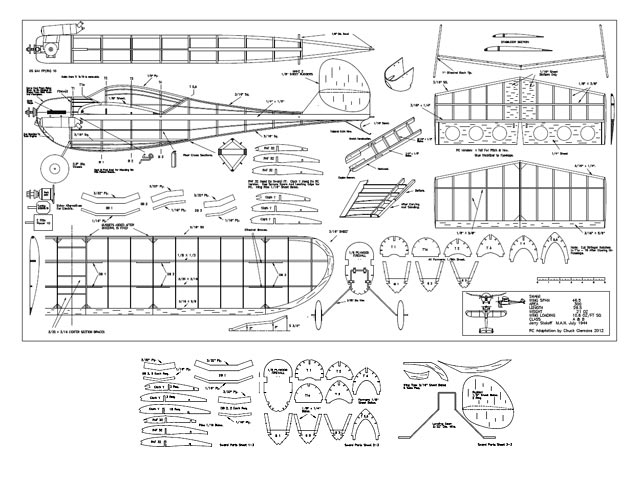 Swami. The Swami is a Jerry Stoloff FF design from 1944. This is a modern redrawn plan for RC.

Quote: "The Swami plans that I'm submitting to Outerzone in pdf and dxf formats were developed by scanning the construction article by Jerry Stoloff in MAN July 1944 and then developing CAD Drawings using Ashlar Graphite. I think that the plans are pretty accurate. No mention of the airfoil used, but it looks like an R.A.F. 32 to me. I plan on using a Clark Y so both are shown in the plan. The Swami called for a class A or B engine. That was probably a .19 or .23 Cu. In. of the day. Possibly an Olsen .23. Joe Wagner says that an OS Max .10 RC should be about right. The M.A.N July 1944 issue is contained on Roland Friestad's Model Airplane News On DVD Collection #2.

I made a few changes: added stringers to the cockpit and a bulkhead to serve as a base for the window. I changed the top stringer in the cockpit to ply. A Vee tail control setup is shown to provide pitch and yaw control for the RC version. This avoided the complexity of hooking up twin rudders. Details for installation of the the RC gear and electric motor installation are left to the builder. Separate parts sheets are included as a convenience to the builder.

The picture of the Swami is from the MAN construction article [see pic 003]. I plan on building a Swami in the near future and will update the plans if I find something amiss. 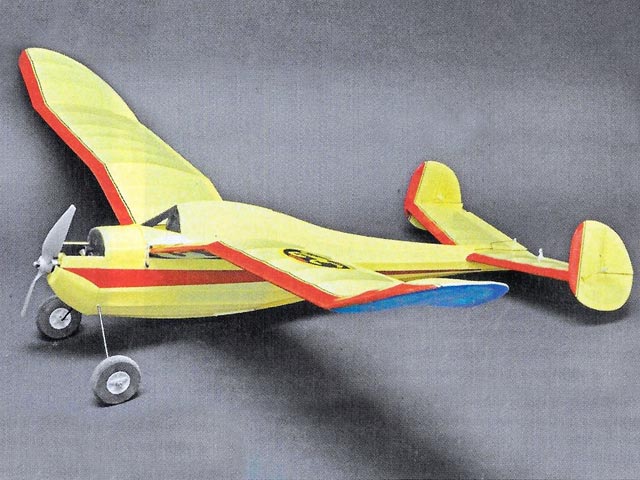 BMJR Models at http://www.bmjrmodels.com/ has the Swami as a 46" kit. Very nice model as well as a wide selection of other old timer models. Kits are very well done and engineered.
HalKarlson - 14/12/2012
If anyone out there can submit a good clear scan of the original 1944 plan, then we can split this listing into 2 separate entries.
SteveWMD - 23/06/2020
Add a comment