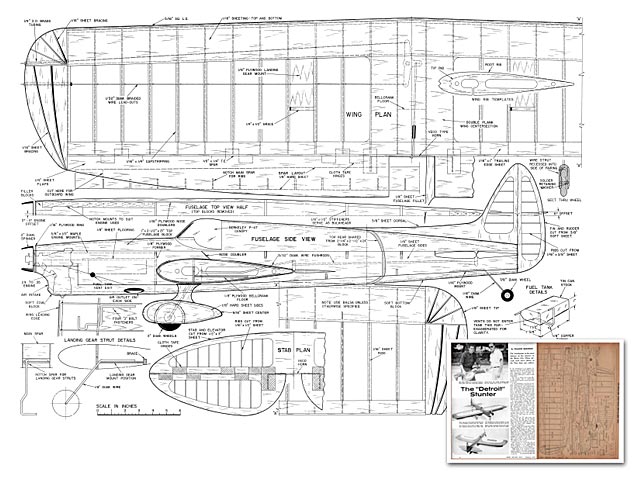 Quote: "The 'Detroit' Stunter. The Strathmoor is the most famous of the stunters in the Motor City. These aircraft took more places at the eats than any others.

The Strathmoor is an airplane designed to meet the needs of the contest stunt flier who is out to get those few extra appearance points which can make all the difference in today's tough competition.

Let's face it. There isn't a stunt flier in the country that is outstanding enough that he doesn't need every point he can get.

In the Strathmoor, you have an airplane which has been undergoing constant development and improvement since 1952, when I built the first of its type. In this time the Strathmoor has been a consistent winner for me, failing to take home a trophy only twice in the past seven years. Besides having held several Michigan and Indiana state championships, it has taken two seconds ('54 and '58), and a fourth ('57) in three tries at the Nationals.

As some people reading this will know, the Strathmoor is what has become widely known as a 'Detroit' design. These people will also know that all 'Detroiters' incorporate a novel false rib wing construction, with the main spar built as a part of the fuselage.

Now don't go away mad. I have changed these plans to the Nobler (oz6212) type of 'D' tube wing for two very good reasons.

First, with the 'D' tube wing, you can bounce the ship off the ground pretty hard and still hope to fly the ship again that day. With the 'Detroit' wing, one good belly whopper and you're out of, business.

Second, while this construction offers positive alignment of the wing and thrust line (this being my only reason for using it, aside from it being a bit different), it is very difficult to build unless you have calibrated eyeballs or want to build a complicated jig to avoid building in warps. I have also found that I can't seem to explain adequately this wing to a flier who has never seen one before it was covered.

This change in construction has no effect whatsoever on the performance of the airplane, as the airfoil and all other details have not been altered.

Well, down to the business of building the airplane. Since the construction of the Strathmoor is fairly conventional, I won't go into great detail here..." 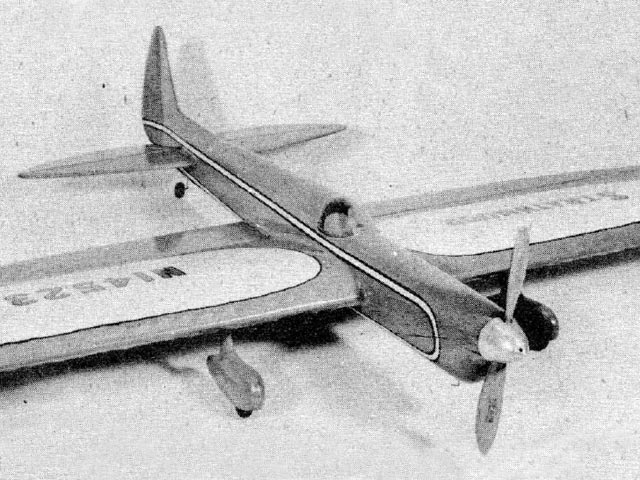