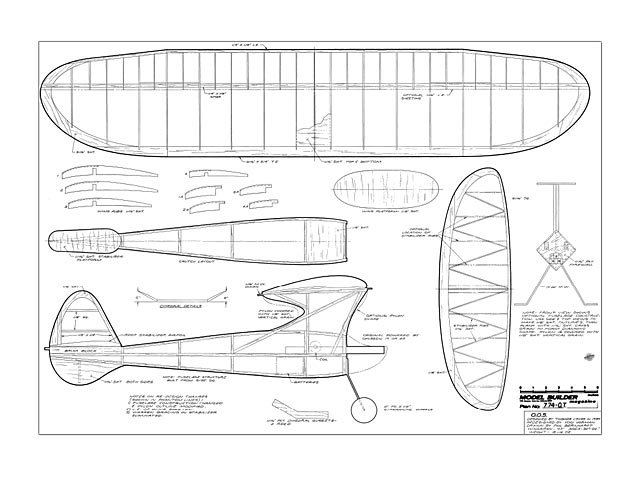 The Out O' Sight was patterned after the Megow Ranger, and was first built in September 1939 by Frank Cross (killed in WW II as a bomber co-pilot). It flew out of sight at its first contest, which de-termined its name and also earned it first place.

The design was adopted by the Chicago Model Nuts as the club model. Hal Beebe lost the first of many to fly away. Warren H 'Yogi' Vorman also won many places with the design. The last OOS was lost by Yogi at the 1948 Chicago Aeronut contest.

Authentication of the design was made in 1956 by Jim Baron and in 1956 by Warren Vorman. Dotted lines indicate changes made by Vorman, including the simplified, all sheet diamond fuselage.

Pic caption: Bob Bisset placed 4th at BAC/DC Meet with his Out 0' Sight. One of the better looking offshoots of the original '37 Zipper [pic 003]." 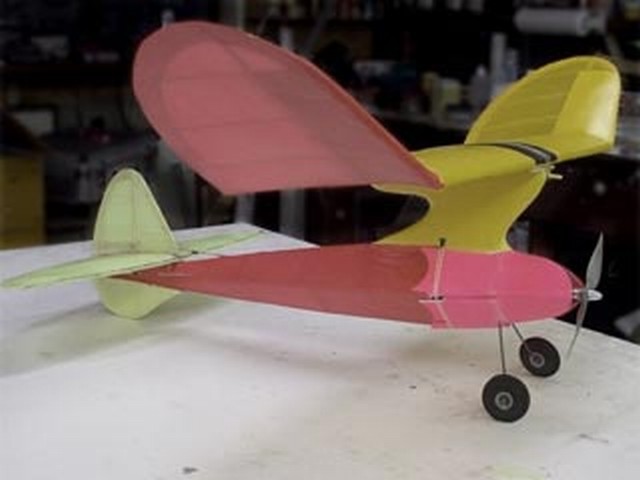