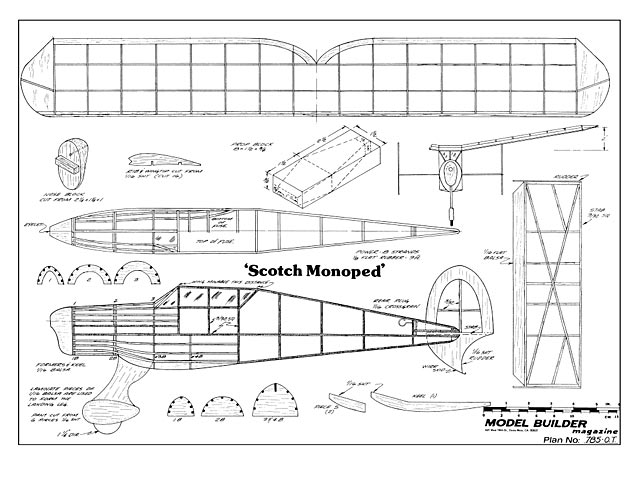 'Scotty' Mayors had a way of turning out unusual and different looking models. The two for which he is remembered the most were the Kiltie Gull Biplane (oz2763) and this month's O/T feature, the Scotch Monoped. The Kiltie Gull appeared in the February 1939 issue of Flying Aces, and the Monoped was in the December 1939 issue, along with Falcons of the Flame by Donald Keyhoe; Ye Ould Emerald Oil, another Phineas Pinkham adventure by Joe Archibald; and Wings of the King, a Crash Carringer 'modern' air story by Arch Whitehouse. You could say that Flying Aces magazine was half pulp and half balsa!

The 26-inch span Monoped really needs no special building instructions for the scratch modeler. As usual, balance point was never discussed in those days. All of the flight trimming was covered in one sentence: Warping the flap at the trailing edge can be used to affect the glide somewhat." 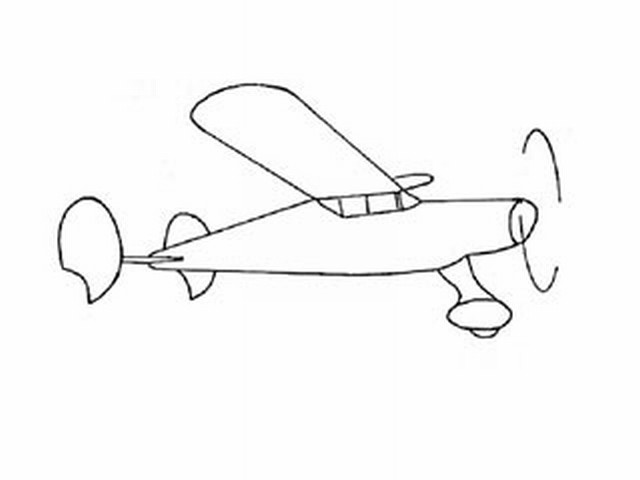