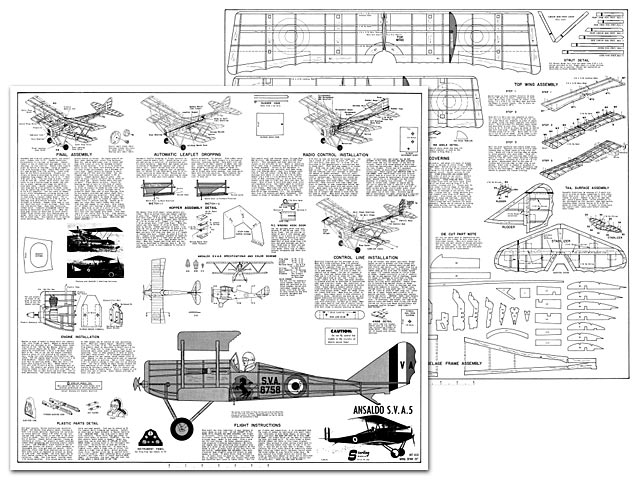 Quote: "I'm forwarding this message to you which includes the Sterling Ansaldo SVA5 plan, which I have built and flown as an electric rc flyer. Lovely plan and model." 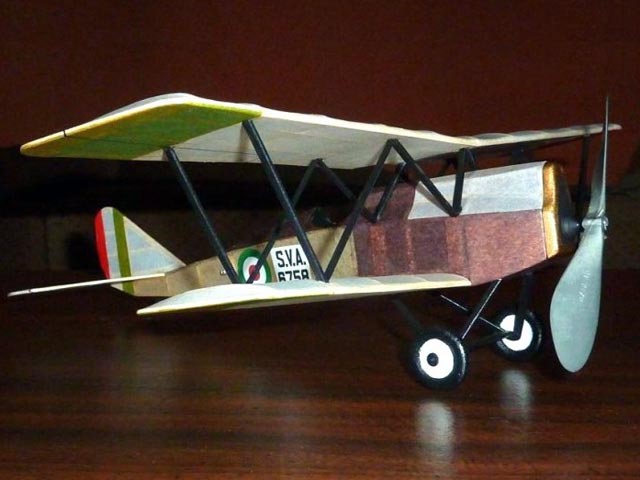 The Ansaldo SVA5 Italian bombing and recon aircraft of WWI. The original aircraft fuselage was constructed largely from plywood and quite robust. Although not as maneuverable as the Hanriots, Spads, and Nieuport fighters predominantly used by the Italians, it possessed a remarkable turn of speed for the era (147.9 mph), a service ceiling of 20,000 feet, and could remain aloft for 4 hours! With such abilities it was a natural for light bombing and photographic reconnaissance missions. It's ability to conquer the Alps into Germany and Austria played a significant role in the latter's eventual surrender in 1918.
Starting with the Sterling plan, I have reduced my model down to peanut scale [main pic, 003-006].
Thanks again, Steve and Mary!
Neal Green - 17/11/2020
Add a comment