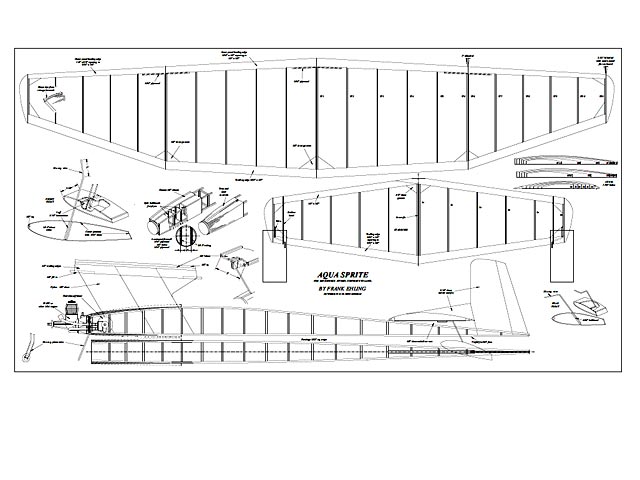 Quote: "Tipping the scales at five ounces, this high performing ship may quickly be changed from ROW to ROG operation. Aquasprite, by Frank Ehling.

The Aquasprite was designed not as a shot in the dark, but as the logical successor to a series of other models - planes that were changed here and there until we had a stable, dependable contest job. It is capable of climbing either to the right or to the left and then falling into a soaring glide, with just the right amount of turn for good thermal hunting. As a result, the Aquasprite is easy to fly and may be put in flying trim in short order.

With the floats shown, it is a natural for ROW flights. When the engine is turning up and the model is placed on the water, it takes off like a scared loon.

FUSELAGE : After scaling tip the plans to full size, or having photostats made, the fuse-lage sides are laid out and constructed in the usual manner, one over the other. When the sides have dried, remove them from the plan and sand smooth. Recement the joints that are sanded. Separate the nose section up to about the midway point, then cut and cement the cross pieces in place..."

Quote: "Here is another from the Decade of Designs. This is slightly different because the original is so cramped on the page. I did start pulling it to bits using GIMP but decided there was a much better way to go - use TurboCad. So here is Aqua Sprite, a free flight contest model for 049 engines. She is primarily a water boat but the conversion to land plane is just to unplug the floats and replace with a single front U/C. Simplicity itself." 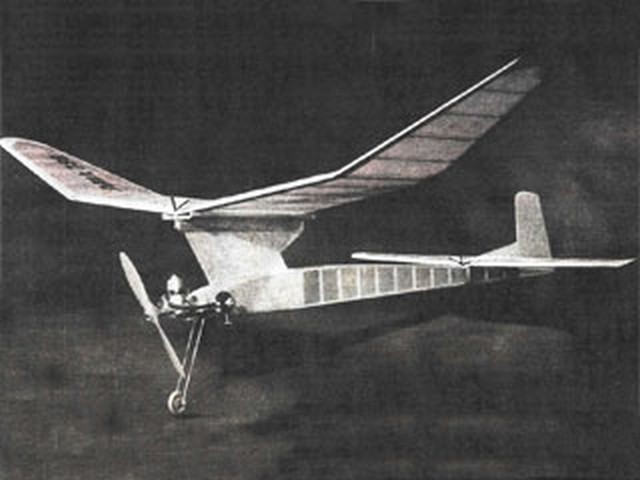