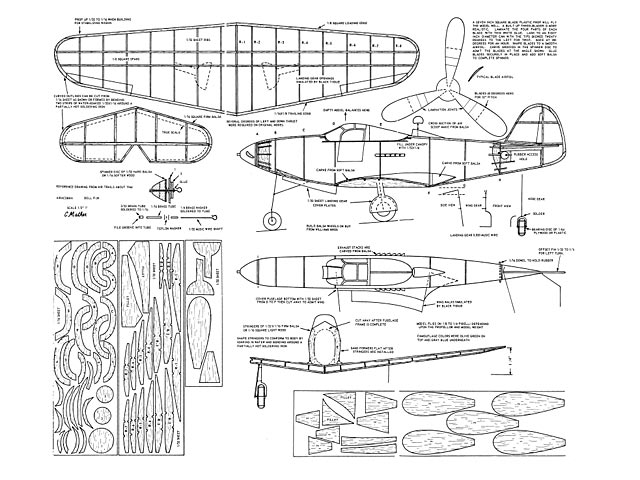 Bell P-39 Airacobra. Rubber scale model fighter. Scale is 1/24. This plan is from the book 'Flying Scale Models of WWII' from MB magazine.

Quote: "The sleek lines and graceful proportions of the P-39 made it a beautiful aircraft! Designer Lawrence Bell showed refreshing originality in locating the engine over the wing and driving the propeller by an extension shaft. That location permitted a number of features; the pilot was well forward for visibility, the big 37mm cannon could fire through the propeller shaft, thus not requiring synchronization, and the nose could be thin and streamlined yet house tricycle gear for rough field_operation ...the model is very realistic and flies well. It is built close to scale, with modest increases in stabilizer area, dihedral, and propeller size. Being a low winger with a short tail moment and smallish tail areas, it does not have much excess stability. Notice that the balance point is well forward. This increases the effectiveness of the tail and requires the negative able shown in the stabilizer. The original model was kept light by using medium grade balsa, built up wheels, 1/32 x 1/16 stringers, and a light coat of dope. It weighs three quarters of an ounce empty, and flies for about a minute ROG." 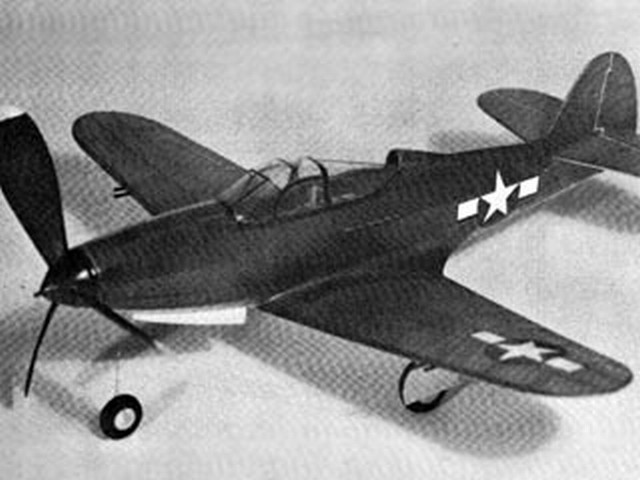