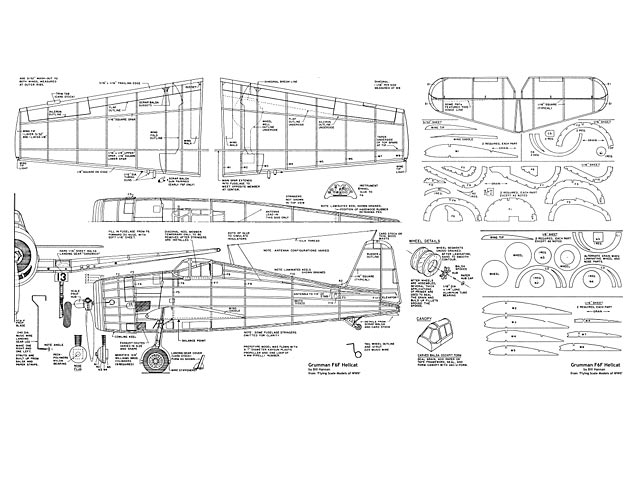 Quote : - "Our prototype model features 1942 camouflage and markings, based upon an early production F6F-3 used during the Hellcat's aircraft carrier trials. A photograph of this machine appears in the Cater Illustrated Series book "U.S. Navy Markings, W.W. II - Pacific Theater," by Thomas E. Doll. We would like to extend special thanks to Mr. Doll, who also provided us with additional research material relating to this aircraft. During preparation for the model, a great deal of conflicting information was encountered, particularly in regard to 3-view drawings. Wherever discrepancies were noticed, photographs were used in preference to drawings in reaching conclusions. And, while certain changes were made for practical construction and flight stability reasons, an effort was made to retain the character of the full size Hellcat.

Our prototype model was designed primarily for outdoor flying under avaerage weather conditions, and materials were sleected accordingly. Light but firm wood was used, with certain execptions such as the wing spars, leading and trailing edges, rear motor peg mounts and front three cowling rings, which were made from hard stock. Particular care was taken to keep the rear of the fuselage and tail surfaces light, to minimise the need for nose ballast." 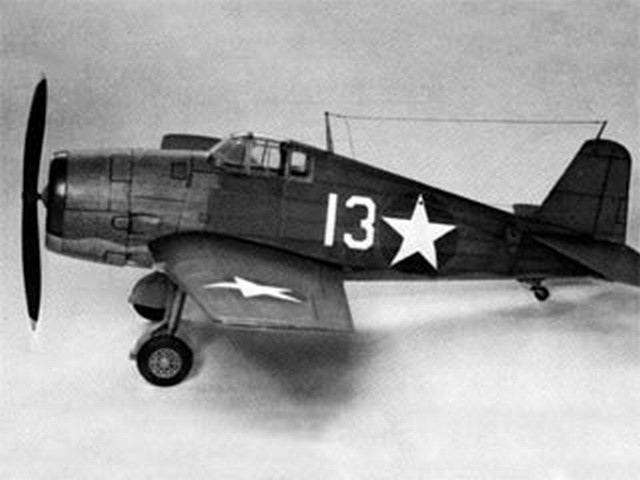