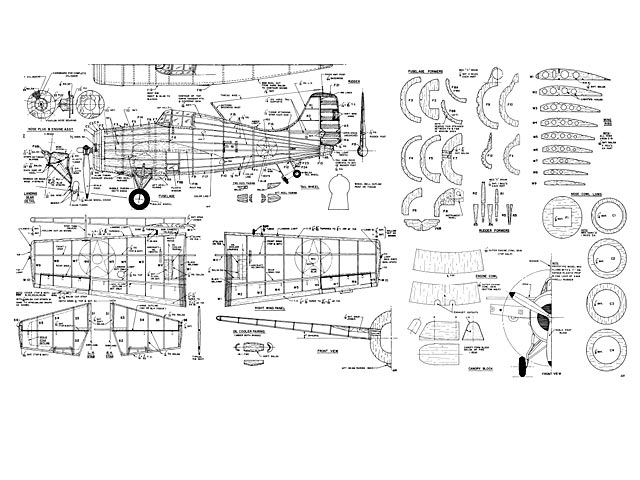 Quote: "The tubby, awkward, frog-like appearing little F4F Wildcat built by the Grumman 'Iron Works' was the only fighter available in production quantities to the US Navy during the first eighteen months of World War II. The sleek Japanese fighters could outclimb, out-maneuver, and run away from this portly barrel of sheet metal and rivets. However, the Wildcat redeemed itself by being structurally rugged, difficult to shoot down because of armor and self-sealing fuel tanks, stable and easy to fly, and able to outdive the Japanese fighters. The F4F could sustain as much as fifteen minutes of gunfire from the Zero, but could blast the enemy fighter out of the sky generally within six seconds after opening up with the four (or six) .50 caliber machine guns...

This model depicts the specific aircraft of Commander James Thach of VF-3, as well as the general style of marking used on production Navy fighter aircraft during late 1941 and early 1942.

The wing for this model is made up of two separate panels. Each panel can be completely built, covered and finished, then plugged into the finished fuselage... " 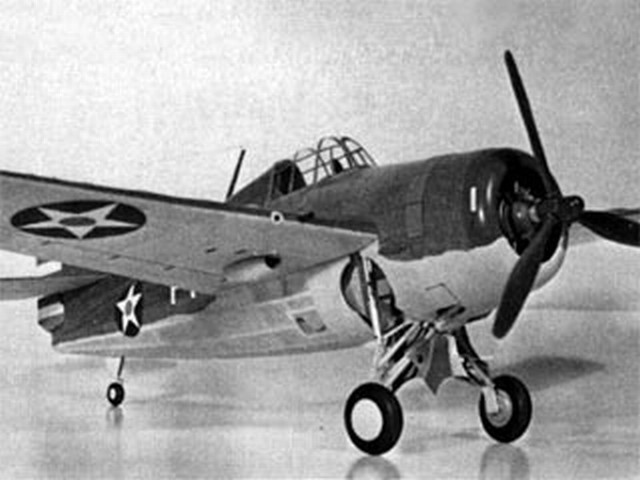