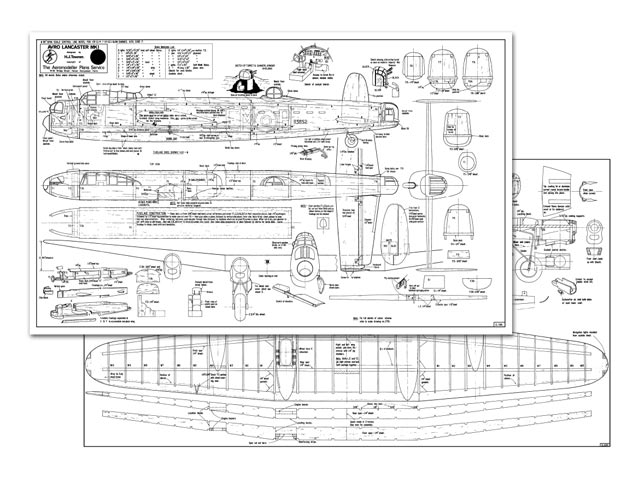 The Avro Lancaster found its niche in history as being the only bomber of World War II capable (when suitably strengthened) of carrying the 22,000lb 'Grand Slam' bomb. Designed by Roy Chadwick as a development of the Manchester III to accept four of the then new Rolls-Royce Merlin XX motors, it was extremely successful - total production running to 7,377. After the war the Lancaster continued in service with Coastal Command until 1956, when it was replaced by the Shackleton MR Mk2.

The Lancaster retains a great affection from all who were associated with it, and as the article in SCALE MODELS March 1970 described, there are many preserved in the UK and Commonwealth. It has been a popular modelling subject. There are several good plastic kits, but until we commissioned scale expert Harold Towner to produce a 1/24th 'simple' structure version for small engines, the demand for plans was unsatisfied. So here we have a 'mate' for the Halifax (oz1713) Plan CL 919 and one which will please every builder. Simple is of course a relative term, but the theme throughout has been to keep construction straight-forward, and anyone with a little experience should have no difficulty in building this model.

PVA glue was used throughout on the original due to its high strength, low shrinkage and slower drying time - essential when glueing large areas. Fuselage construction is clearly explained in the exploded diagram. First cut-out the basic deck from 3/16 med. hard sheet, followed by all the formers. Cement these in their respective positions using a set square for accuracy. Now add the 1/4in stringers and the soft 1/2in top sheeting..." 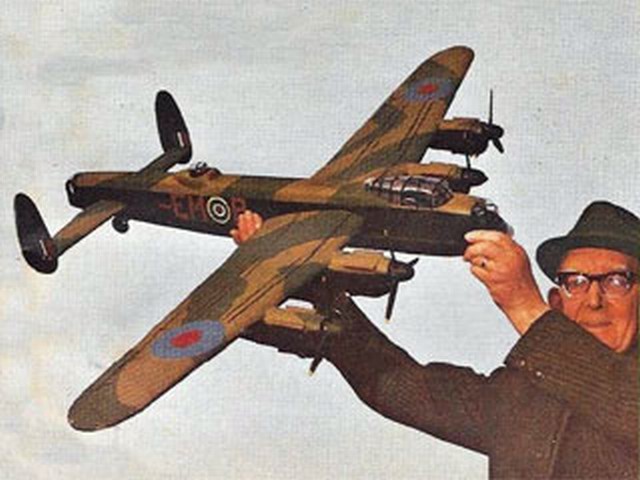