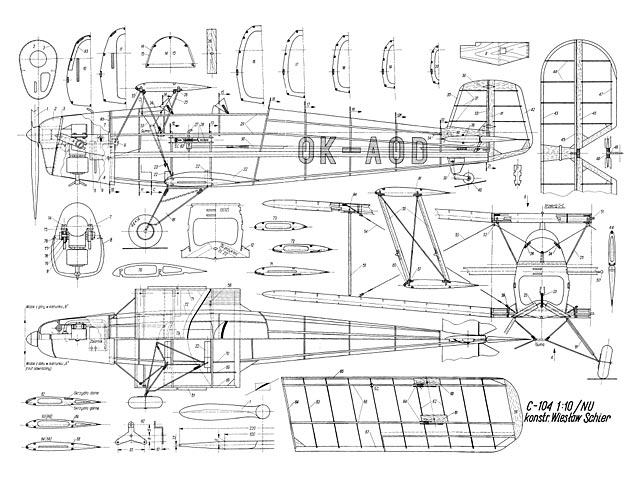 Quote: "...model done by Wieslaw Schier which represents German training plane from 1935 Bu-131 Jungmann. Funny part about it is that in 1950s everything German was straight to the point forbidden [in Poland]. From that reason this nice plane had to be presented as C-104." 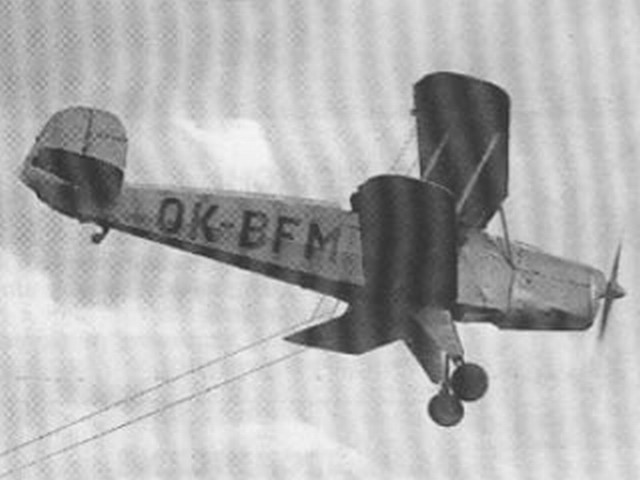 My favourite plan is C-104 by Wieslaw Schier (PlanID: 3408). I built this model many years ago.
alyan - 30/09/2012
Actually this is a Czechoslovak designation (C-104 for Bu-131). This acft has been manufactured in Czechoslovakia both before and after WW2. There is another clue – see aircraft registration mark : OK-. OK is registration mark of acft of former Czechoslovakia, now Czech Republic. Therefore I assume, that Poland is not the right origin of acft and maybe even not of the plan. Brgs,
StanislavCerny - 27/02/2015
This is, without any doubt, a Polish plan, it was included in one issue of Wieslaw Schier's book. The reason for this being a Czech aircraft is simple. Bucker was a German plane used by the Luftwaffe - and it was either forbidden or at least frowned upon to publish models and model plans of nazi gear in communist Poland. For example we had a monthly card model publisher, Maly Modelarz, starting in 1955, and the first German model was published after 1989 when communism fell. I'm guessing that Schier really wanted to make a Bucker model but disguising it as a Czech aircraft was his way to fool the censors.
Wiktor - 22/07/2019
The Bu 131 was produced in Cz-Slvk by the Aero concern under German occupation, the Aero designation being C-4 using the original Hirth engines. Postwar production continued for a bit into the 50's with Walter engines, designation changing to C-104, 260 being made. Polish production occurred much later, starting in 1994 only and in very small numbers. I daresay somebody must have loved the damned planes, and who am I to tell them otherwise!
Miguel Morao - 22/07/2019
Add a comment