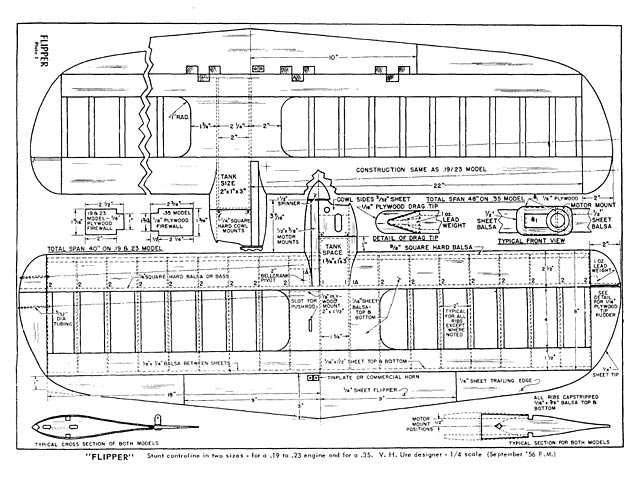 Quote: "If you want a fast, stable, model with extreme maneuverability build the 'Flipper.' Two versions are shown here, the larger for .35 engines, the smaller for .19 or .23 engines. Both versions are rugged, simple to build, and can hold their own in competition.

As with any original model, certain modifications must be made before the design can be considered to be of contest caliber. At first, Flipper had certain flying and structural drawbacks. After building several models these difficulties have been overcome. The model presented here is the culmination of our efforts. Both outside and inside maneuvers can be performed with equal tightness, and a look at the plans will convince you of the ship's structural strength and functional design.

Engine Mount: Cut the necessary pieces from 1/8in plywood and hardwood as shown on the plans. The engine mounts are securely fastened to one of the center ribs (#1). This rib is then mounted in the center of the wing spars. The other #1 rib is mounted outboard of the first rib and the plywood firewall is cemented between these ribs at the front. The fuel tank is in-serted in back of the firewall later..." 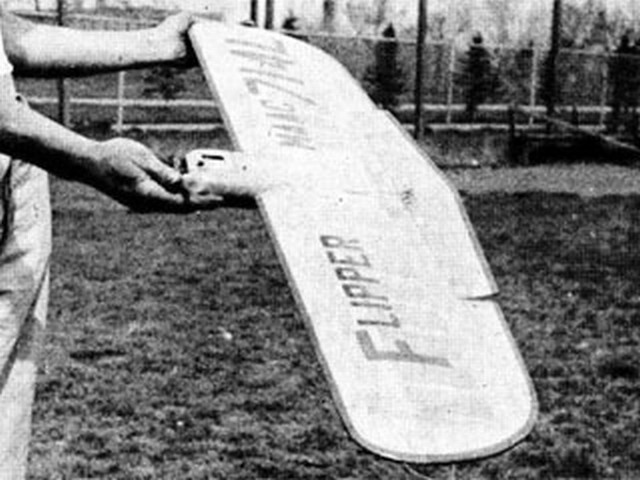