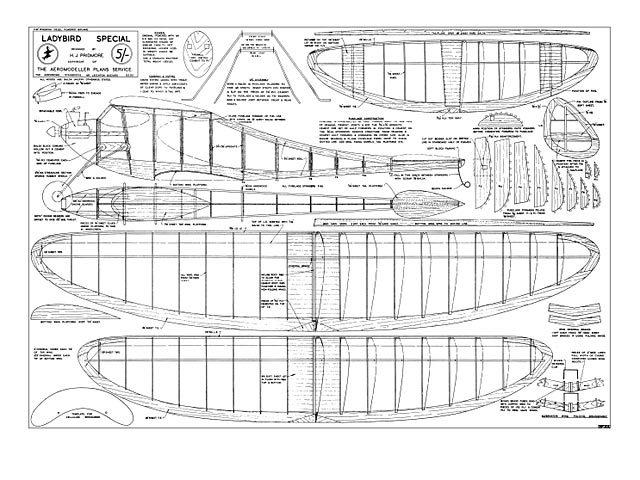 Description. This is a development of the designer's popular Ladybird (oz2132) rubber-driven biplane which appeared in Aeromodeller, April 1948. The alternative wing-folding arrangement may be found very useful by builders who suffer from the usual transport troubles of these days. This is described in lower right hand corner of plan.

The completed model should balance about 3 in behind the leading edge of the upper wing. If CG position is incorrect the undercarriage wheels may be moved fore or aft to trim, by unsoldering the joint between the front and rear struts, finding the correct CG position, and re-soldering.

Construction. Any reasonably experienced modeller should find Ladybird easy enough to build - but, as with all free flight models, care and accuracy will pay dividends. Fuselage is not so tricky to cover as might be expected. One piece of tissue will suffice for each side, and if flour paste is applied to all the stringers the tissue easily conforms to fuselage contour. Original colour scheme was red fuselage and fins, white wings and tailplane.

Performance. Powered with an ED Bee, Ladybird Special has a performance equal if not better than a well-trimmed pylon contest model; On its sixth test flight the original flew OOS after six minutes from a 25-second engine run. In more than a season's flying it never sustained a prang..." 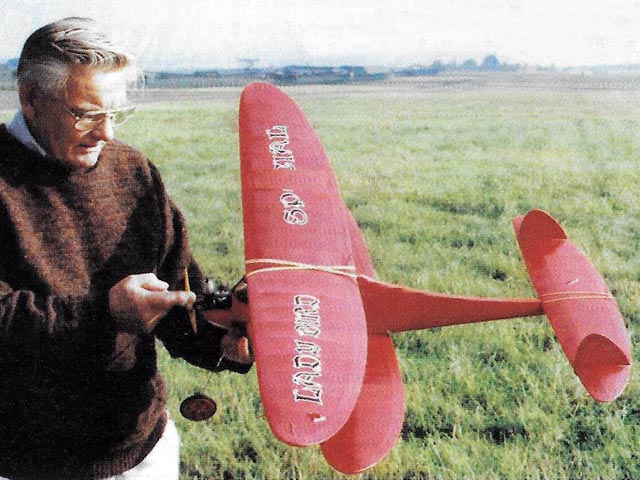