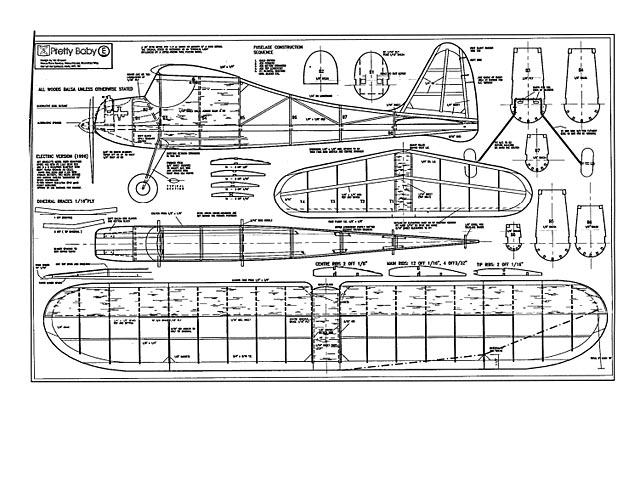 Vic Smeed redesign of his 1946 polyhedral wing model with 48in span. For Mills 1.3 can be converted to electric R/C.

Vic Smeed wrote that the Pretty Baby was a development of his Ethereal Lady design, and also influenced by a Paul Plecan design, called (he thought) the Snuffy. He got the wing layout and and the fuse cross section from there. 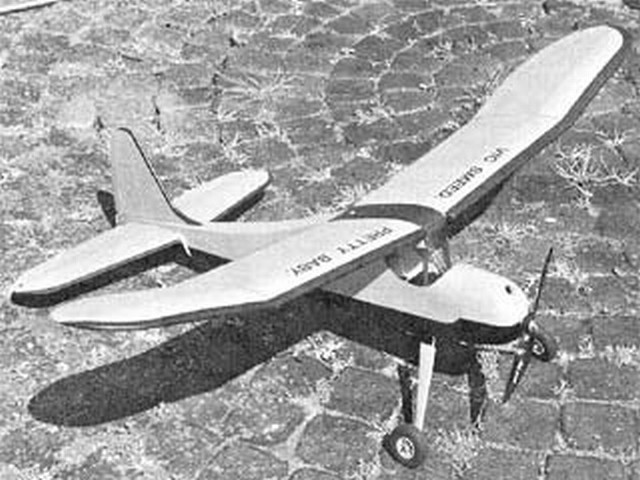