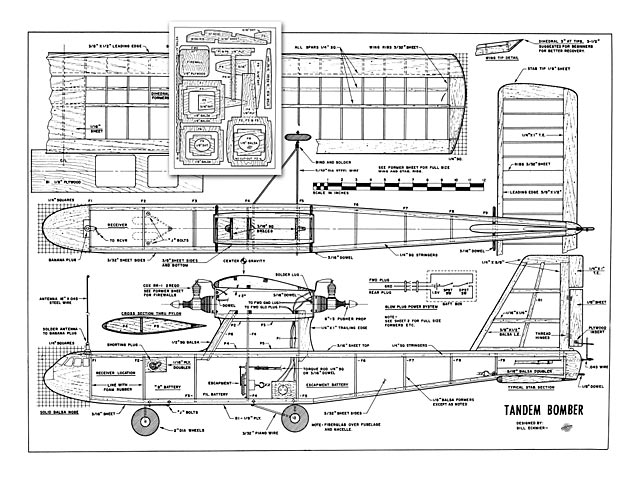 Quote: "The Tandem Bomber is a high-wing R/C model plane powered by two 1/2A engines mounted in pusher-tractor combination. With sport flying and the pylon racing events stimulating additional interest in R/C flying, this model should fit into many a modeller's program, if he is looking for something new and different.

The initial flight test of the Tandem Bomber was conducted under less than ideal conditions. The wind was more than desired but was relatively steady. A series of glide-tests were made before the correct stabilizer angle was obtained to prevent stalling. The tanks were then filled and the power unit attached to the model. Each engine was then started and individually adjusted for the correct fuel mixture. The tanks were topped-off, the radio was turned on, and both engines started. Prior to launching, the model was held long enough to blip the transmitter several times, while observing..." 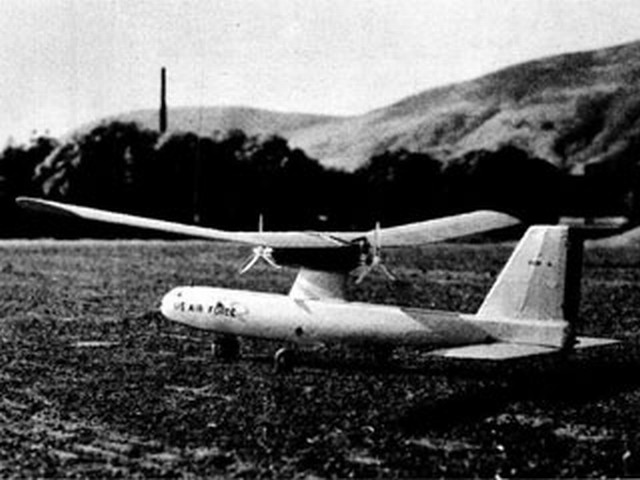 it's the only plan ever meet expressely conceived for the very rare Cox RR1 that means "Rear Rotary" valve, this Cox had a very short and unsuccesssful life. It's one of the most sought engine by the Cox collectors. It was in gold color crankcase and blue tank, engine has round fins around thank and crankcase in order to facilitate the visual difference from the normal 049 elements for the factory personnel. Round fins are correctly drawed on the plan!
Pit - 25/05/2016
Dear Sir, attached you can find the finished "Tandem Bomber" flying model [pics 004, 005], my Coronavirus version (I mean 2021).
Nice day. From Italy,
Antonio Riccardelli - 19/04/2021
Add a comment