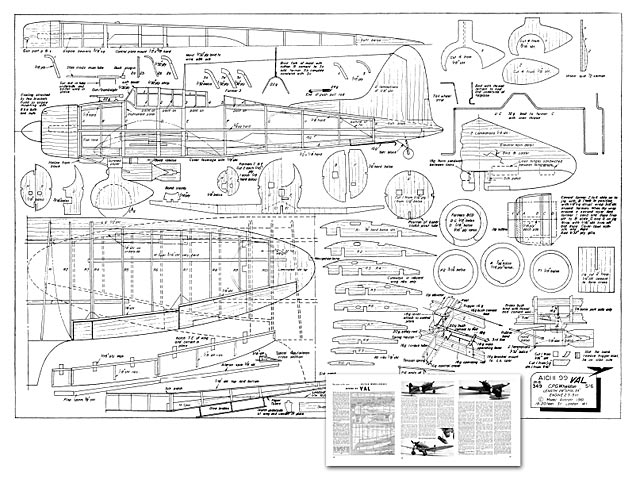 Quote: "The plane on the cover. Aichi 99 Val, by Peter Wheldon.

The Aichi Navy 99 Val was first seen in action during the attack on Pearl Harbour on December 7th 1941, and was thearafter used in huge numbers by the Imperial Japanese Navy in most of the great battles of the Pacific including the Battle of Midway. Val was the Japanese counterpart of the Dauntless divebomber which, at that time, was in use by the United States Navy. Aichi 99 Val 2's were powered by a Kinsei 44 14-cylinder motor of 1,060 hp and carried one 1,050 lb bomb slung on a retractable crutch beneath the wing centre section. Two 7.7 mm machine guns were mounted in the engine cowling and either one or two manually operated guns in the rear cockpit were operated by the second crew member.

The Aichi 99 makes up into a very nice model, the fixed spatted undercarriage on a World War II warplane being a welcome change from the more usual stalky retractable legs. The elliptical flying surfaces and long - typically Japanese - cockpit canopy, together with the authentic bomb release, make a model to be proud of. For the experienced, the addition of motor control will enable realistic take-offs and landings to be accomplished.

Construction. The basic construction of the model is quite straightforward and, generally, follows normal practice. The motor control, however, and the bomb release gear, require a bit of 'fiddling' with, and patience is needed to ensure successful operation. The construction falls into three main stages:

(1) the completion of the fuselage, wing centre section, and tail Unit
(2) the outer panels, and
(3) the finish and final details.

The notes that follow only cover general procedure and emphasise points that are considered to be of particular importance, it being assumed that the builder has previous experience.

Stage 1. Commence construction by cutting out the parts for formers (A), (C), (D), and (E) and bond together using 'Bondfast' or similar adhesive. Set aside to dry and meanwhile cut out remaining formers, keel parts, engine bearers, etc..." 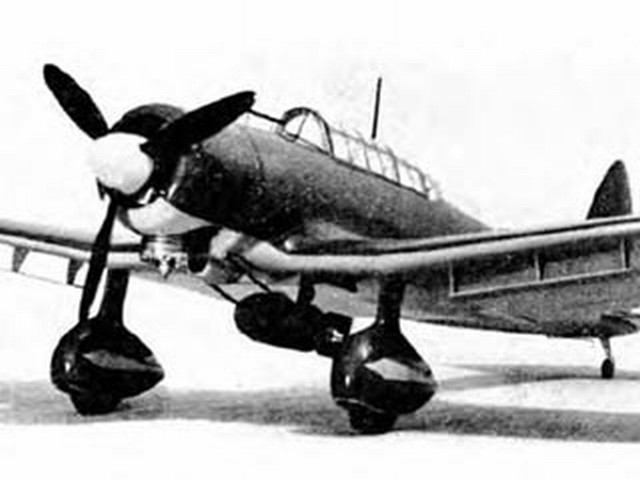