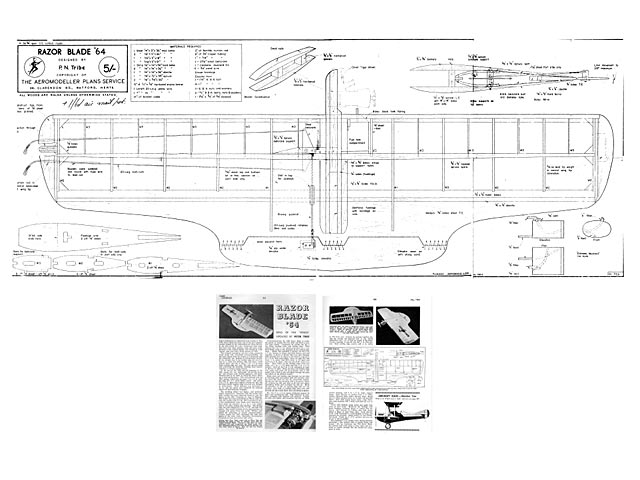 Quote: "First introduced to Aeromodeller readers in May 1959, Razor Blade has been one of the most poular combat models in the Aeromodeller Plans Service. In the intervening five years Northwood club members have won many contests, with only basic modifications to the original design, now revised in a less 'square' and even faster flying version of 1964.

The original conception was for a fast, extremely tough model with reasonable manoeuverability. To this end a flying wing was chosen as it dispensed with the vulverable rear fuselage of conventional models. It was thought that if the trailing edge did not fracture in a crash the leading edge and spars would remain intact, and this is why a 1/4 x 3 in hard balsa trailing edge was used. The idea proved sound with practically all casualties resulting from mid-air collisions or broken engine bearers.

At the end of the 1960 season and the beginning of the 1961 season, the ver lightweight 'all-moving elevator' and Dongus (oz10016) style models appeared and modifications had to be made to bring the Razor Blade up to their performance..."

Many thanks to Aeromeddler for stitching and restoring this one. 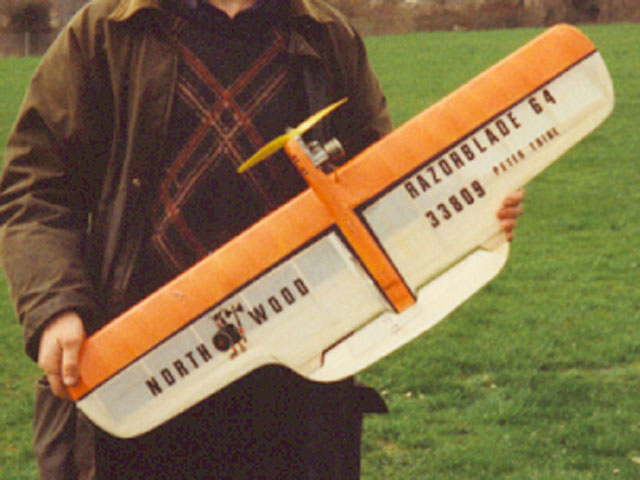