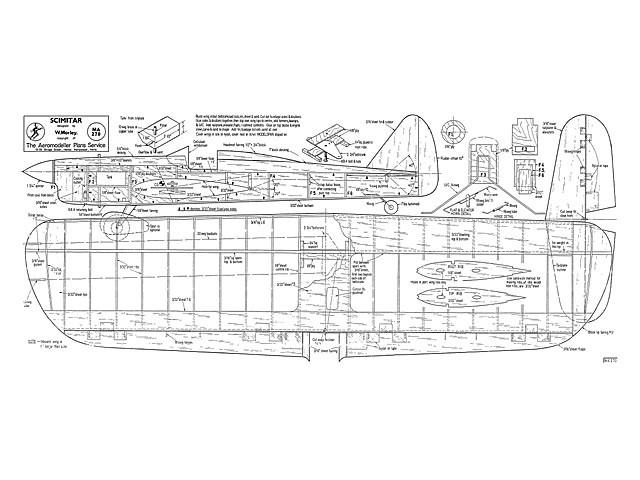 Quote: "A stunt model for 2.5 - 3.5 cc engines. Designed to 'slice' its way through the new stunt schedule. Scimitar, by Bill Morley.

IN the 1954 Gold Trophy I flew a large Fox 35 powered model, and in the same contest the following year I used a model powered by an AM.25. While both of machines. were excellent in their own ways, they each had had their disadvantages. The smaller model hadn't the all-weather contest performance of the larger joh, and the latter proved somewhat cumbersome to transport.

For these reasons I decided to design, for use in 1956, a medium-sized model around the Fox 19. Requirements for the design were good looks, coupled with the ability to perform such manoeuvres as square eights, hour glasses, triangles, etc. The result was the Scimitar.

On its test flight, it showed remarkable ability to 'square off' and in fact its potential performance was limited only by the pilot's prowess with the handle.

In the Gold Trophy of 1956 the model gained the highest appearance points or the whole entry, but was unfortunately wrecked when the up line broke in a wingover. It has since been repaired and is now performing square loops, bunts and eights with great ease and regularity.

Construction is very simple. The wing ribs are made by sandwiching blanks between root and tip rib templates, then carving and sanding to shape. Note that there is slight taper on the leading edge, and that the inboard wing panel has 1 in greater span than the outboard..." 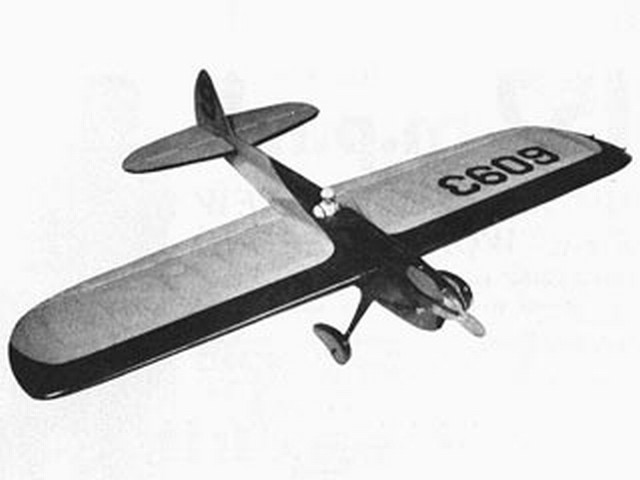