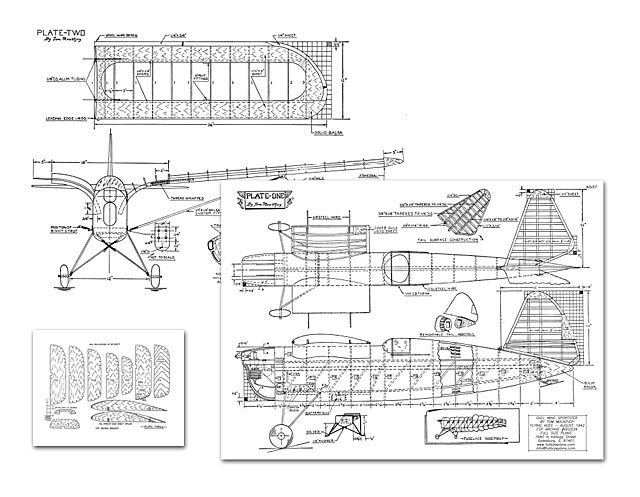 Quote: "Hello Steve, This attachment has plate 3 with the formers. I think originally scanned by Tri Pacer on RC groups. Cheers, Tony"

Note this plan is stamped as Archive #002534 from Fullsizeplans. See their website at https://www.fullsizeplans.com/ 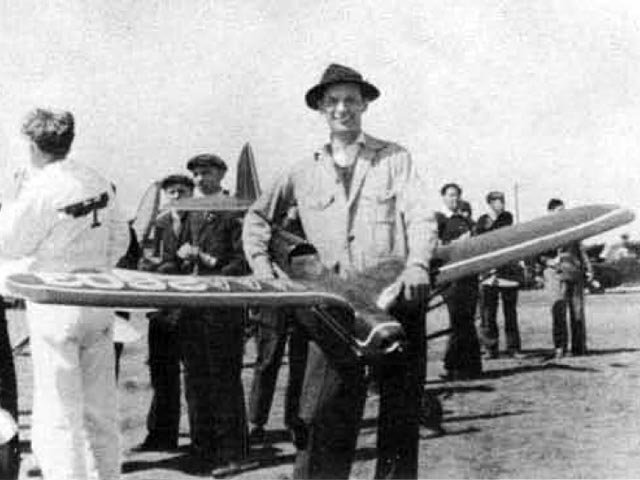 Steve, I am either a modern wus who can't figure out plans, or this plan doesn't have enough to build from. None of the formers are shown. I am wondering if anyone on RCGroups ever built this, or someone from SAM. This would be a cool plane to build. I want one big old timer, surely wouldn't be ready for this season, but maybe next. This gull wing is neat. Cheers,
PeterGregory - 17/04/2015
Good point - no formers. Have reset this to incomplete now. It's a fine drawing, let's hope someone can add more detail on this one. I'd love to se a photo of a completed model. Gotta love anything with a gull wing.
SteveWMD - 17/04/2015
A photo of Tom Mountjoy holding his Gull Wing Sportster, taken in 1940, can be viewed in the March/April 1989 issue of Model Builder magazine. The photo is presented in John Pond’s column “Plug Sparks” on page 33. Pond addresses the photo on page 100:
OVERLOOKED BUT NOT FORGOTTEN
Recently this writer received a flock of photos he had submitted for use in his column over the years. Also in the large box were a considerable number of letters with photos from modelers who were quite enthusiastic about the Old Timer column.
In picking through them, a letter from Tom Mountjoy caught my eye with a Photo (No. 5) taken at East Patterson, New Jersey, in 1940. Seen in the photo is Tom Mountjoy holding his Gull Wing Sportster which later appeared in the July 1941 issue of Flying Aces. Tom's model was powered by a Forster 99 with a hand-carved propeller. Flew it 21 times in a row without a scratch (what luck!).
Tom would like to know who are those fellows directly behind the tail? Tom also adds he won the Beauty event that day. Fortunately, only one official flight was required. (Col. note: this guy is just plain lucky!)
Model Builder, March/April 1989
Yup, "1941" is error. It's 1942.
Aaron Vose - 26/06/2020
Thanks Aaron, have included a copy of that photo as the main model pic now.
SteveWMD - 26/06/2020
While my eye caught the error of a wrong year stated in the Model Builder article ("1941"), I overlooked another error of a wrong month stated ("July"). I want to clarify here that the correct issue date is August 1942.
Aaron Vose - 05/07/2020
Add a comment