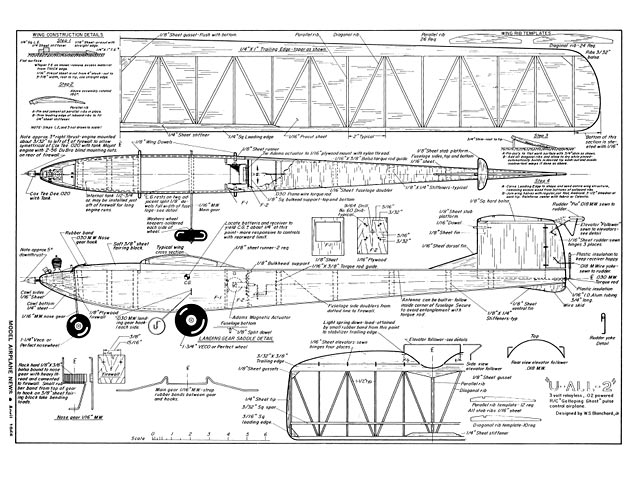 Recently, following a three-year absence from model aviation (caused by the lure of extreme proximity to some excellent blue water fishing), the author was accidentally led back into the RC fold by the arrival on the scene of a new R/C'er who asked for aid in getting his first RC ship trimmed and flying. First trip to the flying site with the above-mentioned culprit, and yours truly was thoroughly hooked again. We envisioned dragging out our old faithful Struck-designed Seacat from a number of years ago, installing some of this new and exotic tone equipment, and flying 'Galloping Ghost' all over the place, as we had done with this ship and several others, using the old CW equipment, circa 1954-1959. But we were in for some rude awakening.

Our first surprise came in finding out that, while this area was a veritable hot-bed of successful Galloping Ghost flying back in the late '50s all the single-channel fliers were now flying strictly escapement, with the exception of a few hardy souls who fly rudder-only pulse. And we soon found out why: Relay-type Tone equipment, especially Superhet, is not very tolerant of servo noise - and this seems to be particularily true of the Mighty Midget servo, which used to be our standby. While the noise problems are not insurmountable, they neverthe-less seem to make the otherwise trouble-free single-channel gear somewhat troublesome. So we started looking for a scheme with which to overcome the difficulties.

Then came the breakthrough: we procured a Frank Adams Magnetic actuator, and built it into a rather large .02-powered ship, coupled to a double-ended Relayless receiver (C&S Finch). This actuator, which weighs slightly over one ounce, delivers excellent torque through a range of ± 45° torque rod rotation, with only 3V. (rcvr power) to the actuator.

Our first attempt at getting Galloping Ghost out of the Adams actuator consisted of using pulse rates no lower than those required to make the rudder hit both stops...

While the ship will handle ok as a rudder-only pulse project ...and should fly nicely even with escapement rather than pulse, its full potential can only be achieved with elevator as well as rudder control. The airplane is designed to be an East Coast (flatlands) substitute for the RC soaring that is done so successfully on the West Coast ...designed to climb up to thermal territory, and then trim for minimum sinking speed in the glide..." 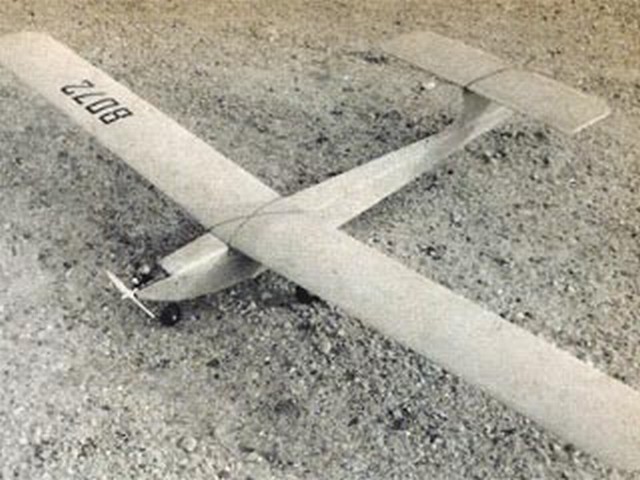