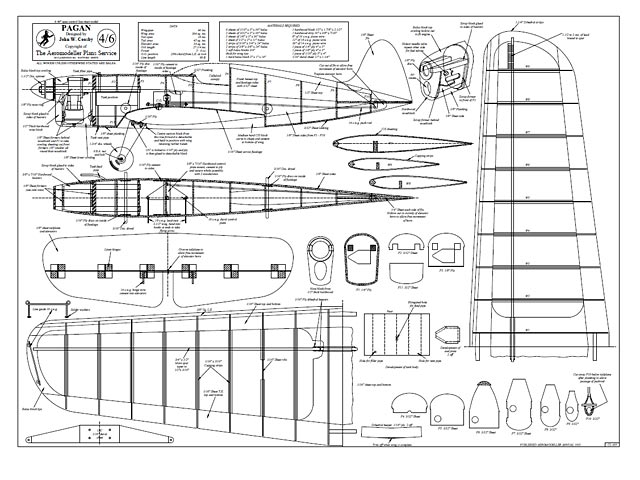 This model is a logical development of the designer's Voxstunter, which appeared in Aeromodeller Annual 1950. The same aerodynamic set-up is offered, with the simplification that flaps have been omitted, leading to a slight increase in tail area.

It represents an effort to get out of the rut offered by the usual box type of fuselage, and to some extent, also, the ordinary sort of streamliner in the stunt field. As a general prototype group the lines of full-size light send racing type aircraft were considered. The fuselage is virtually an elongated TK4. Undercarriage is of the sprung type, the springing action being provided by the tension of the wing retaining rubber bands.

Although the engine component is of the fully cowled inverted type, Ito overheating of the engine has occurred. The original model was a trifle on the heavy side due to silk covering and seven coats of dope on fuselage, but as the machine was rather fast it did not make any noticeable difference to performance. Even in its heavy coat of dope it will perform all manoeuvres quite satisfactorily - and in somewhat lighter garb, outstandingly.

One note of warning is sounded by the designer. Do not have the CG any further aft than indicated on the plan, or Pagan will live up to its name and the pilot will find a jiving heathen on his hands.

Line length is 60 feet, and although no rudder offset is built in, model maintains line tension to a considerable degree. Span is 46 in, root chord 10 in, tip chord 7 in., flying weight 30 oz. Original engine was a Fox 35; it is generally suitable for any good engine of 5 - 6 cc. In spite of a season's flying, and handling by several inexpert enthusiasts at summer camps, Pagan is still in flying trim, if some of its pristine splendour has been dimmed."

Quote: "The Pagan is a pretty full fuselage stunter from the pen of JW Coasby. It was meant to be an alternative to the box and streamline type stunters that were common in the era and it certainly broke out of that rut. The fuselage lines are based on the TK4 racing plane of the 30's. The original was powered by a Fox 35. Has that beautiful little motor really been around that long? I must get mine out onto the field again. As always with my tracings please use care if you build from them." 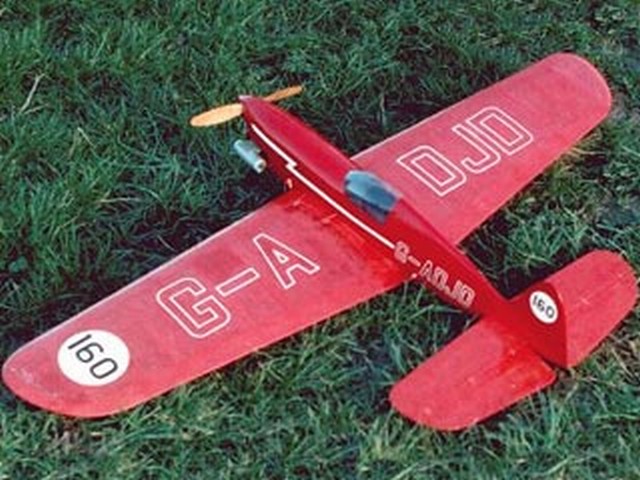 The colour pic of the Pagan model is from here: http://www.iroquois.free-online.co.uk/designs.htm
SteveWMD - 15/10/2012
Add a comment