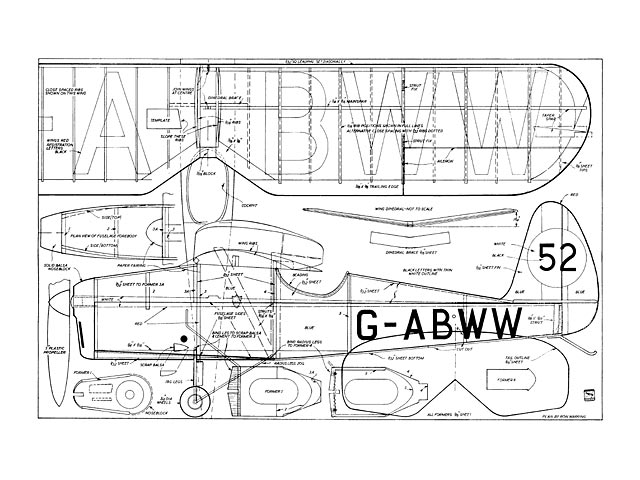 THE first Comper Swift appeared in 1929, built by the short-lived Comper Aircraft Company of Hooton, Cheshire, and the design was a popular favourite for racing in the early 1930s. Although only 37 Swifts were actually built, it appeared in two forms - one with a 90 hp Pobjoy Niagara radial engine, and the other with the 120 hp in-line Gipsy III. Two of the former type survive to this day in this country, whilst a Gipsy engined Swift is still believed to be airworthy in Australia.

When it appeared, the Comper Swift was claimed to be the smallest light aircraft in the world, and also the fastest. Its price, with Pobjoy engine, was £550. Enthusiastic owners bought it chiefly for racing, where it was invariably handicapped near the 'scratch' mark. Our model is based on the Gipsy-Swift owned by the then Prince of Wales, which placed second in the 1932 King's Cup Air Race at an average speed of 155.75 mph. There were, as a matter of interest, eight Camper Swifts in this race out of a field of 42.

For best performance, choose the lightest sheet available for the model. The fuselage sides are cut from 1/16 in sheet of normal straight-grain variety. The fin and tailplane should be cut from really light quarter grain 1/16 in. The decking and bottom of the fuselage are covered with 1/32 in sheet and since this has to be bent into a curve, the selected sheet for this should not be quarter grain.

Make a careful tracing of the exact shape of the fuselage sides from the plan and cut two identical pieces from 1/16 in sheet. Similarly transfer the former drawings to 1/16 in sheet and cut out. Mark the positions of the formers on the sheet sides and begin assembly with formers 3 and 4..."

Update 2/7/2022: Replaced this plan with a clearer version. This is just a minor cleanup, fixed the alingment between the two pages, removed staple marks. 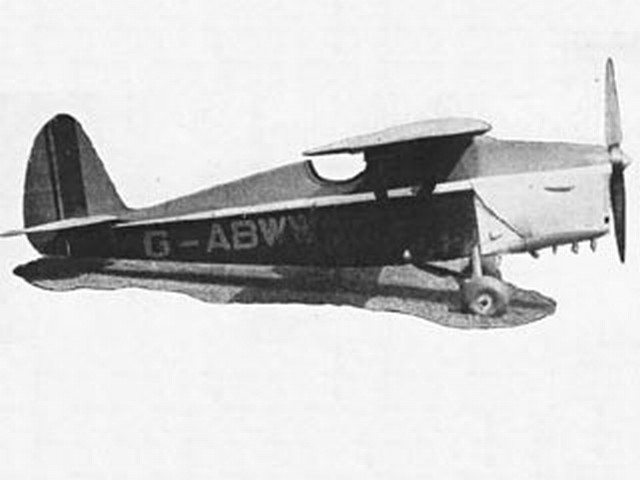