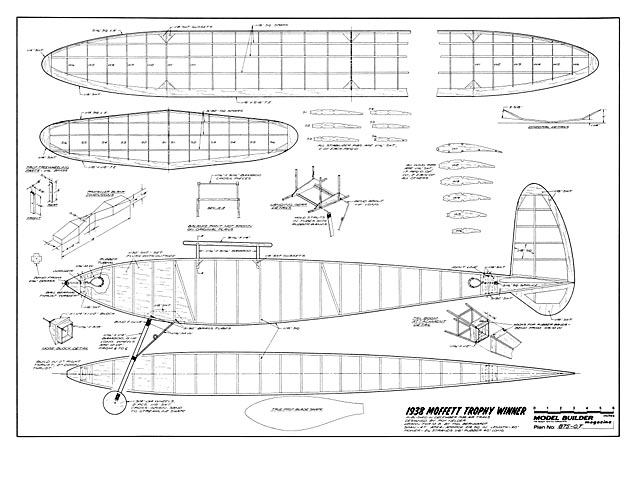 Quote: "Ever since it was published in the December 1938 issue of Air Trails, Roy Nelder's 1938 Moffett Trophy Winner has been one of our favourite rubber designs. We remember this ship mostly because of its simple and functional, yet beautiful lines, accented by the elliptical wing tip, stab and rudder outlines... Only one modification has been made on our plans. The main landing gear strut has been shown in two pieces instead of one. In this way the gear can be added after covering, with a rubber band stretched across the bottom of the fuselage, to hold it in place." 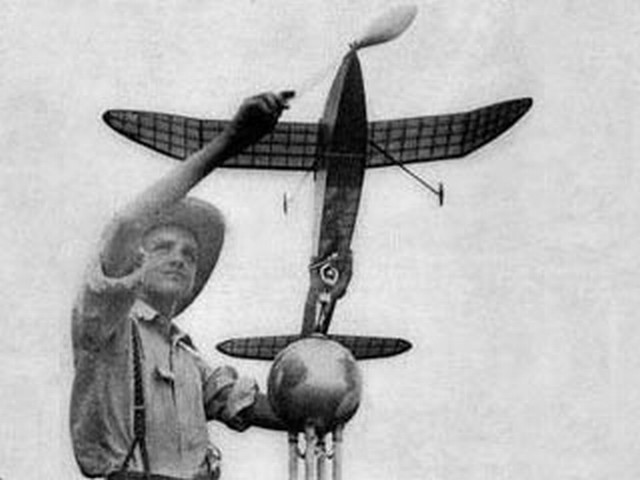