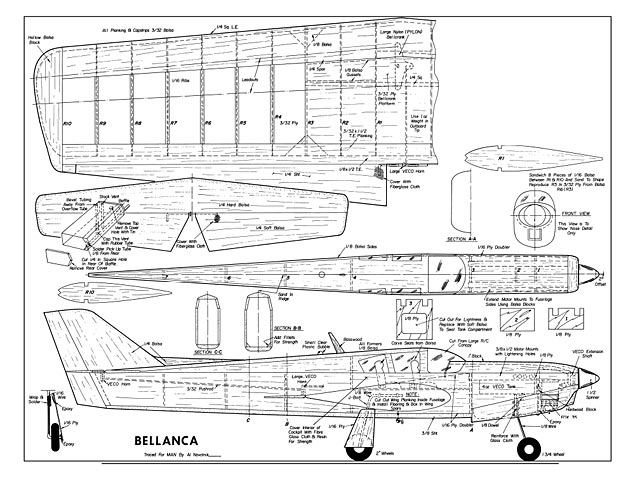 Quote: "Dual purpose stunt, scale and fine stunt machine that has the possibilities of flying every maneuver better than most of the existing designs. Not exotic still has all of the looks necessary to impress the static as well as flying judges! Bellanca Super Viking, by James Young.

Occasionally an airplane comes along that must be built. My first view of the Bellanca sent me directly to the drawing board. Much to my surprise, the Bellanca was a natural. With the trend in stunt ships going toward jet type aircraft, the Bellanca stands out as unique without being weird or exotic. Its highly realistic design sacrifices nothing in terms of a good stunt ship.

For the moment, forget what the air-plane looks like and consider it strictly as a stunt ship. The basic design is similar to many successful stunt ships; however, many refinements have been incorporated to make the Bellanca fly every maneuver better than most existing designs.

The fuselage is reasonably deep, allowing for the use of a low wing, high stabilizer and high engine thrust line. The deep fuselage contributes to greater horizontal stability. The low wing and high thrust line make an extremely short, attractive landing gear possible.
This not only improves ground hand-ling, but improves inside maneuvers by concentrating the weight of the gear closer to the pivot point of the aircraft. The high stabilizer is out of the turbu-lence of the wing, a very important point as the Bellanca has an extremely thick wing.

The wing used on the Bellanca has been under development for at least ten years. Like most modern stunt ships the wing is similar to that of a Nobler (oz6212). There are however, several very important differences..." 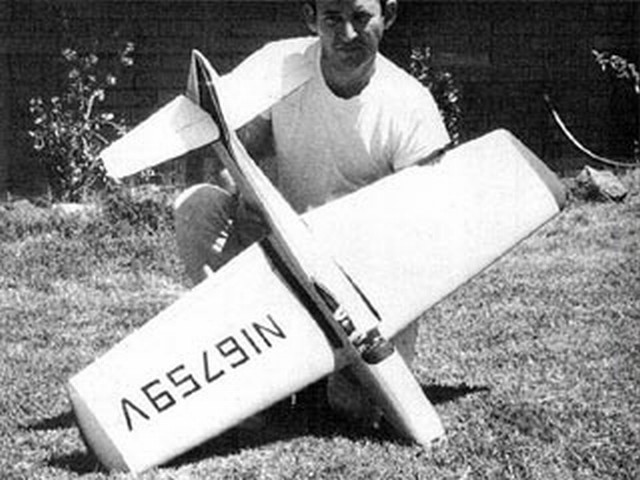