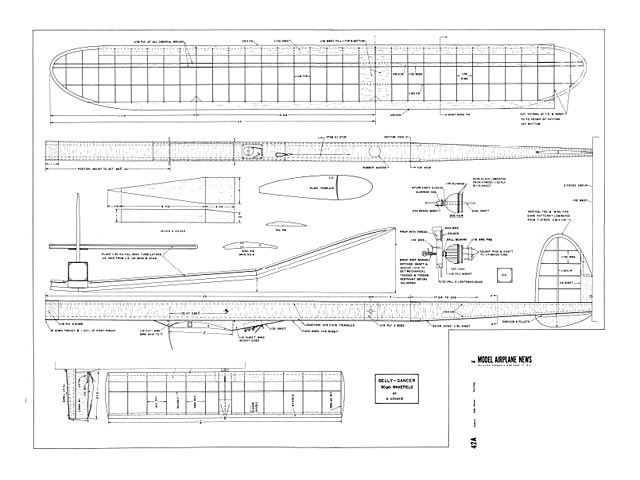 Quote: "Have you ever been haunted? Not haunted by ghosts, but by a model you built in the past that really performed for you. One that you could never duplicate, nor for that matter, figure out what made it fly so well. Well it happened to me, it probably happened to you if you have been flying free flight models for very long.

Mine was a 1949 vintage Wakefield that had a terrific climb. The only thing that was unusual was that it had an inordinately large amount of down-thrust, the end result of some difficult trimming problems I had with it. I never did get a chance to dissect it to find out why, it flew so well because one summer day it disappeared over the hill in a thermal. All that remained was the memory of the down-thrust and some sketchy plans.

I have periodically wondered about that model over the years, but the secret of what made it fly so well was only recently unveiled. This revelation didn't come inspirationally, it resulted from a combination of factors, and the development of this understanding is in essence the story of the Belly-Dancer.

After about ten relatively inactive modeling years, I took a job with the NASA Manned Spacecraft Center in Houston and found myself in the midst of a bunch of rabid Wakefielders that had transferred from the Langley Research Center in Virginia. That is all that it took and I was on my way again. I soon had a a new Wakefield model with the wing on top and swinging a 22 x 22 prop.

It flew all right, but then you would have a hard time keeping almost any rubber model from flying in some fashion. The trouble was that it wasn't exactly scaring the pants off the competition. Deciding that there was too much I didn't know about these things, I dove into a large amount of analytical work and some flight testing to try and get some answers... " 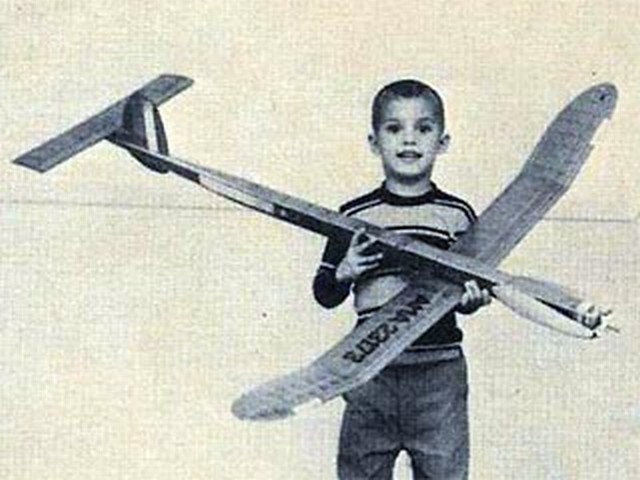