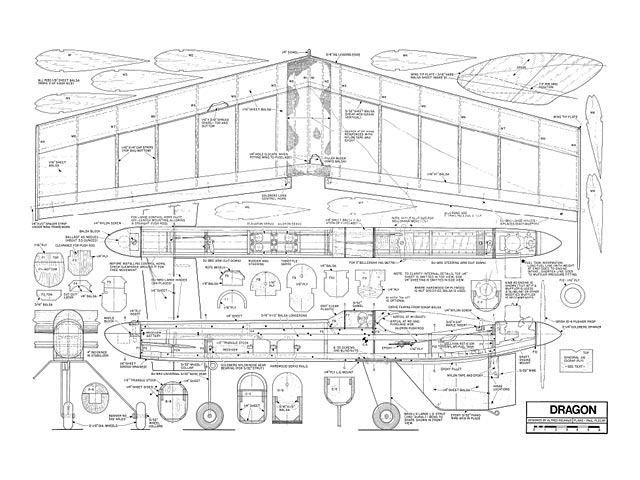 Quote: "When they see the Dragon for the first time most people ask which direction it flies. Comments about this unusual model are enjoyable to listen to but best of all is watching it perform in the air. If anyone wants to bet it won't fly, take them up on it as it does fly and very well at that.

The design credit really belongs to the early aviation pioneers who thought the birds were ignorant and believed that the proper place for the pitch control was at the front of the flying machine. If set up properly, this does afford some advantage, such as preventing violent stalls as we have come to know and love them as part of the tail-aft type of configuration. With four degrees positive angle of attack of the canard surface, it will stall before the wing, and drops to a lesser angle and continues flying. Of course the wing will continue to provide lilt through this cycle. If the aircraft is placed in a steep climb attitude it can be forced into a stalled condition, but makes a rapid recovery. In level flight with power off, if up elevator is fed in gradually, the altitude of the plane becomes alternating nose high, to level, in a gentle bobbing motion. Aileron and rudder controls remain effective.

Landings may be made with full back elevator and the descent rate adjusted with the throttle, causing the Dragon to appear like a Navy carrier aircraft coming home. If the speed is kept higher a more normal landing is easily done as the pitch and directional control is very positive.

Hanging the engine at the back end was done for several reasons, such as, the airplane stays clean - after flying just wipe the prop off. Also the prop does not get broken or get to eat things that you may taxi into.

Construction is conventional and either a foam or balsa built-up wing can be utilized. If your choice is foam, use the tip and root rib patterns for the core templates, and remember to set up for the proper sweepback angle..." 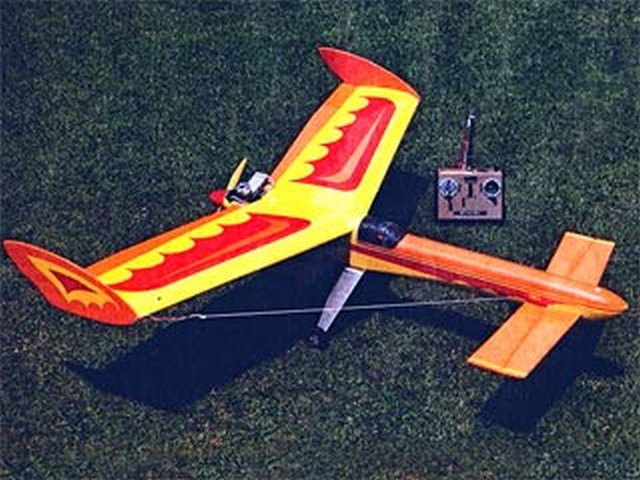