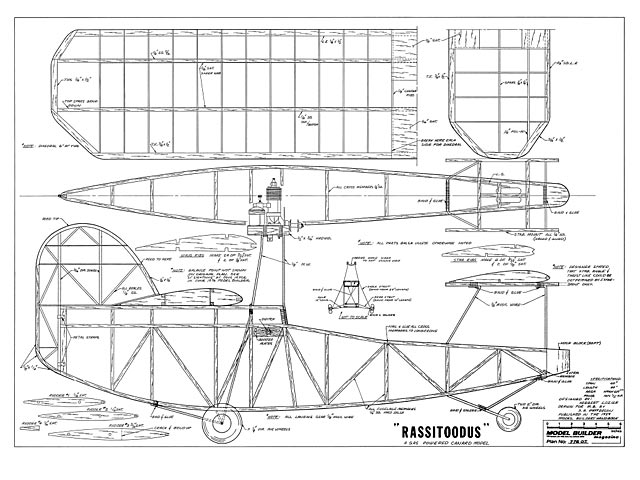 What this unique design tacks in competition style, it surely makes up in its novel appearance. The plans were printed in the Model Builder's Handbook, a Fawcett publication released in 1939. The plans are reproduced unmodified, so that the imaginative builder can originate his own changes.

The Rassitoodus would certainly make an attention-getting R/C model, and has to offer no excuses if it doesn't win the weekly 20 second engine run event.

We suspect that the model may need more lateral area up front, and dihedral in the canard wing. As usual, the balance point information is lacking. We suggest studying the drawing on Doug Joyce's Li Lightning (oz426) in June 1976 MB. A scale profile glider could probably eliminate a lot of guesswork.

According to the area rule, the main wing is just a hair undersize for a 29 engine. However, if you hold out for the argument that a canard has fore and aft wings, a .29 should be allowed. Heck, who's going to argue with an airplane that flies backwards, anyway!" 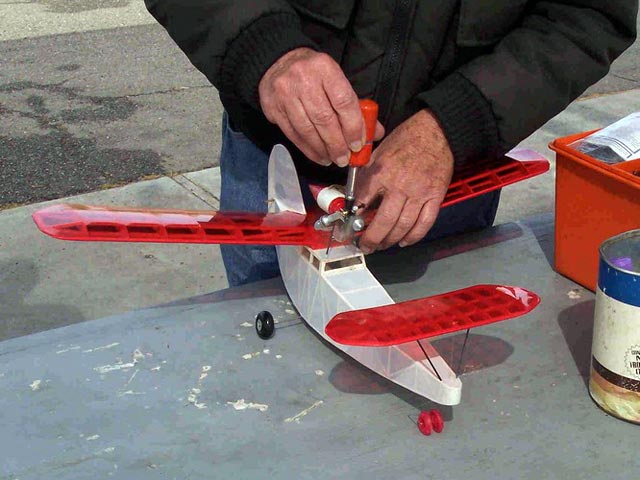