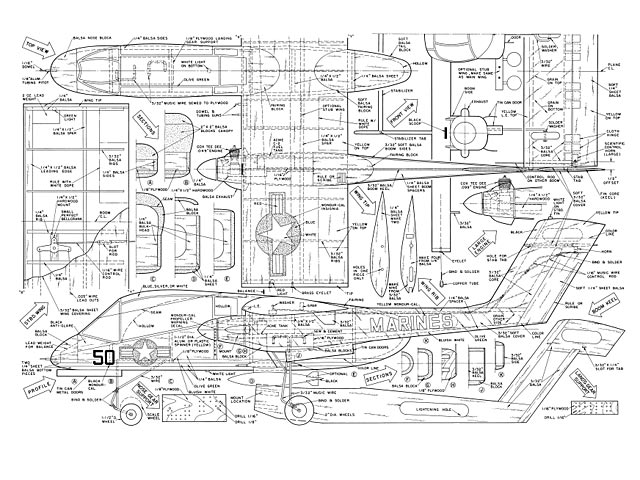 Quote: "Build the COIN Winner. Here's North American's NA-300 Counter Insurgency fighter as a big, beautiful control liner with beaucoup git-up-and-go. Be first with your own Navy/Marine Corps miiature STOL craft, wipe the opposition off the map in flying scale contests! There's plenty of strength in this simplified structure, too. NA-300 by Walt Musciano.

One of the results of the limited warfare experience in Viet Nam and other south Asia nations was the necessity for a new type of tactical airplane to replace the vulnerable helicopters. This is the light armed reconnaissance airplane (LARA) specially designed for counter-insurgency (COIN) activities. In view of the lack of adequate landing fields in these remote areas the pro- posed aircraft must also be capable of short take-off and landing (STOL) operations from jungle clearings.

After studying nine design proposals from various manufacturers the United States Navy commissioned North American Aviation Corporation to build seven prototype aircraft for evaluation before the type is ordered in quantity for the Marine Corps. This twin engine, twin boom airplane is functional in every respect. The forward location of the cockpit and high wing provide virtually unrestricted visibility for reconnaissance missions while twin booms and high horizontal tail enable a truck to back up to the fuselage to facilitate transfer of supplies and equipment through the rear door for cargo carrying missions. A small wing span was mandatory because of the small fields from which the craft will be forced to operate.

The new design can carry any of the following on a wide assortment of missions: six combat equipped infantrymen -as a transport; five paratroopers with full equipment for surprise raids, two litter cases with a medical attendant as an ambulance plane. Assorted food or medical supplies or ammunition can be carried in the 111 cubic foot cargo compartment when the craft serves as a cargo carrier. Sponsons or stub wings can be easily attached to the lower fuselage sides for the carriage of 2,400 pounds of external equipment including assorted bombs, napalm, and rocket clusters, plus four 7.62 mm machine guns, for attack missions. Two 650 horsepower Garrett/ AiResearch T-76 turbo-prop engines will enable this versatile airplane to attain 305 miles per hour at sea level. Loaded weight is 7,617 pounds, empty weight is 4893 pounds.

The engines were designed to operate on the same fuel as is used in army vehicles and the machine guns can fire the same ammunition used by the ground troops. This enabled the NA 300 to operate along with the infantrymen without requiring special supply lines. In addition, the unusual craft can fly from or to the decks of carriers without the use of arresting gear or catapult. Normal crew consists of the pilot; however, an observer is also carried during reconnaissance missions.

The model presented here is scaled to one inch to one foot. This gives the appearance of a huge model despite the fact that the wingspan is only thirty inches. Two engines from .049 to .099 cubic inch displacement can be used for this project. Construction begins with the wing which could not be simpler since it has no dihedral, sweep-back or taper. Trace and cut the ribs to shape. Slide them on the spar and cement well. Hold in place with pins until dry. Slip the leading edge into the rib notches and cement.

The hardwood bell crank mount is firmly cemented between the two heavy ribs. Attach lead out wires to bellcrank .and slip them through the holes in the ribs. Bend control rod to shape and slip it on bellcrank. Solder a washer to the end of control rod to prevent it from' slipping off. Bolt bellcrank to hardwood mount.

Wing covering, which is simple, comes next. First, butt join the covering sheets to form the correct chord width. When dry apply plenty of slow drying cement to the bottom of the ribs and leading edge. Press the covering to the structure and hold in place with straight pins until dry. Bevel the covering leading and trailing edges to follow the contour of the rib camber. Cement the lead weight in the outboard wing. Apply cement to the top of the ribs and beveled portion of the lower covering and install the upper covering. Hold in place with pins. Sand well when the cement is dry. Cut a slot for the control rod.

Both booms are identical and are fabricated at this time. Trace and cut the keels to shape. These must be cut and assembled accurately because the keels insure the proper alignment of the wing, engines and stabilizer. Notice that the keels continue up to become the core for the fin construction. It is also important to cut accurately the holes for the stabilized tabs. Cement the engine mounts to the keels and be certain that you space the mounts to fit the engine that you plan to use. Trace, cut out and cement the top and bottom spacers to each side of the keel near the top and bottom edges. Cut these from soft balsa. Cut the 1/16 plywood landing gear supports to shape and cement them to each side of the boom keels. When dry drill holes through the supports and keel for the thread which is used later.

Bend the landing gear struts to shape and bind together as shown. Be sure to make one right and one left hand strut. Use fine copper or brass wire for binding the joints and solder liberally. Attach the wire landing gear to the keel by sewing it in place several times with strong cotton thread such as carpet thread..." 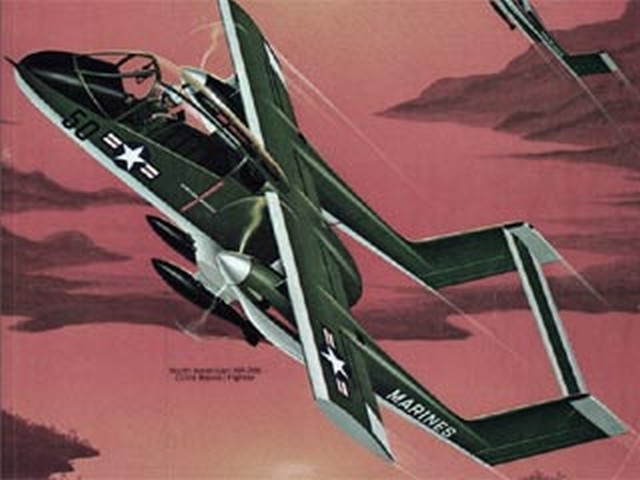