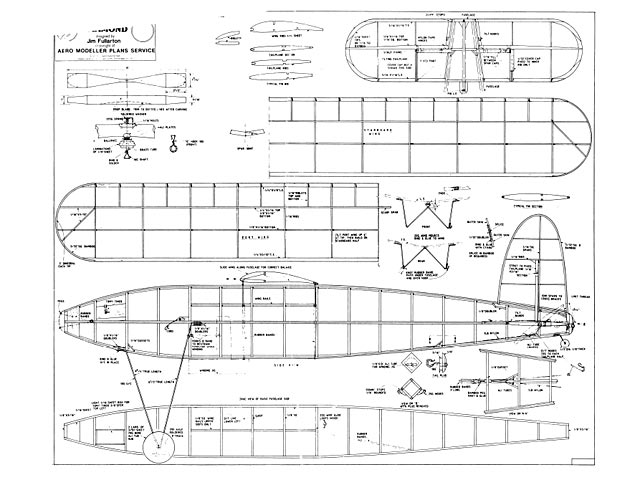 Quote: "The model that missed the boat for the 1934 Wakefield. Black Diamond, by Jim Fullarton.

An article of mine in July '86 Aeromodeller described how the first attempt by Australian modellers to compete for the Wakefield trophy in 1934 ended in failure when the models arrived after the event had been flown. What is more, this fiasco might have been partly my fault, in that the departure of the models was delayed by a week while I worked frantically to build a replacement for my model, lost in winning our eliminations. I must have been smarter then; this one took me a good month to build, and I don't have to go to school now. An amusing sidelight to this is that the Chief Commissioner of our Model Aeroplane Association Mr. Norman Lyons, writing in his weekly column in the Sydney Daily Telegraph on June 16th, stated somewhat over confidently that my model 'was now in England awaiting the contest', when in fact it was probably still in the hold of a tramp steamer ploughing through the Med.

The SMAE did their best to make up for our disappointment by staging a consolation event for our models which was held in rather poor weather on July 15th. My proxy, LN Walker won this for me with a modest average of 58.8 secs, for which the SMAE awarded me a handsome silver medal which is still in my posession.

1934 was the first year of the four ounce/ 200 square inch formula with the average of three flights being taken; all measures intended to eliminate the influence of the 'lucky' thermal flight. Almost 60 years on, we are still working on that one! I had been thinking of re-building this model for some time, but the project had been held up by that fixed tailplane until I thought of using those hinged elevators as a dethermaliser. Plans were no problem, as I still had copies of the original drawings as published by Mr. Lyons in the Daily Telegraph, and these have been followed faithfully with the exception of the D/T modifications, and extra wing spar for covering purposes. In designing the original, I realised that the way to beat the 4 ounce rule would be to build up the power to weight ratio, and I think I used a bigger propeller and more rubber than most of the other entries.

At this stage I have a confession to make, in that the original name, though I hate to admit it, was the 'Jimmy F' this being put forward by Mr Lyons when I failed to think of anything better. However, this being the third to be built, and after a lapse of nearly 60 years, I feel justified in giving it the name it should have had originally, for it pioneered the diamond concept in this country, and black it certainly was, all over; this finish being advocated by Mr. Lyons as offering the best visibility for timing O.O.S. flights.

Construction. Models were fairly simple affairs in those days, and the main construction needs little explanation, though it is important to keep weight down by careful selection of balsa. 10 lb/cubic foot, for longerons and wing spars, while the rest can go down to 6 - 7 lbs. A light tail is especially important..." 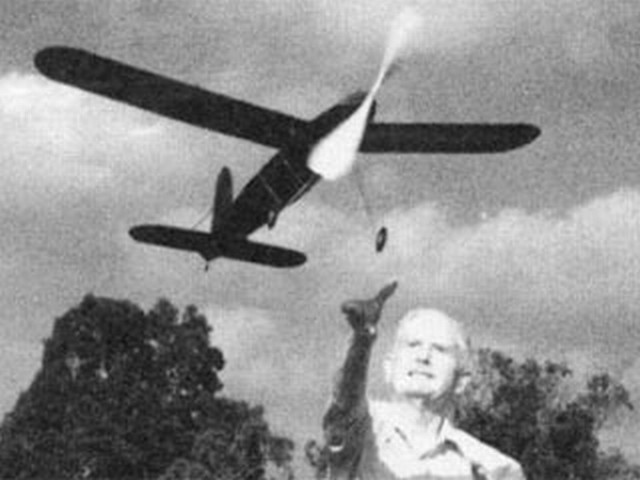