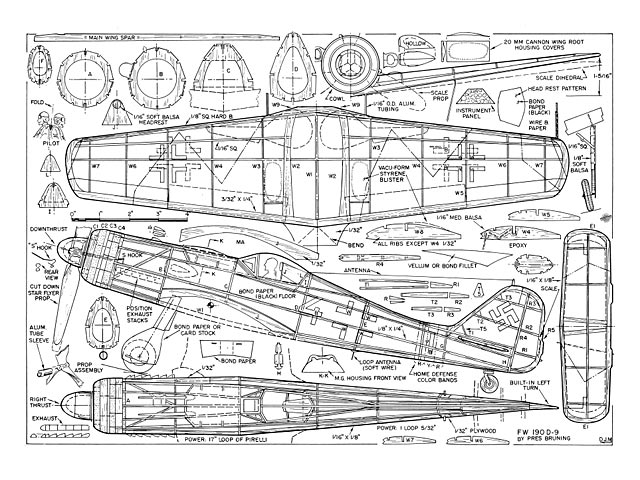 Quote: "The FW190D9-known as 'Dora 9' in Luftwaffe service was designed by Kurt Tank for high altitude operation and as a stepping stone to the long-winged super extended fuselage TA-152 series of aircraft. The D-9 ended up instead as the most successful of the Focke-Wulf fighters.

Originally planned to provide protective cover for the twin-jet ME-262 jets on take-off and landings when they were most vulnerable. The pilots soon found they could outclimb and outdive the BMW 801 powered Focke-Wulfs and were convinced it could outperform the P-51D Mustang. The role of the D-9 soon changed. Compared to the 'A' series, the tail assembly was moved aft and nose was extended to accommodate the jumbo 213 in-line engine and annular radiator. Noticeable bumps appeared ahead of the canopy on the fuselage and on the wings near the root fillet, to make room for two 7.9mm MG 17 machine guns and two 20mm MG 151 cannons.

The proportions of the real aircraft when scaled down are close to ideal for rubber power. First, with the tail assembly set far back, the vertical stab area hardly had to be enlarged and the horizontal stab area was only slightly increased. The long nose requires little or no ballast for flying. You can pack a lot of rubber in that long fuse lage for a longer motor run. The full scale prototype had generous dihedral and the tall landing gear would be ideal for prop clearance.

Let's start with the fuselage. Every effort was made to locate the stringers and bulkheads along the lines of the real aircraft. The fuselage was built by cutting out the entire fuselage profile through..." 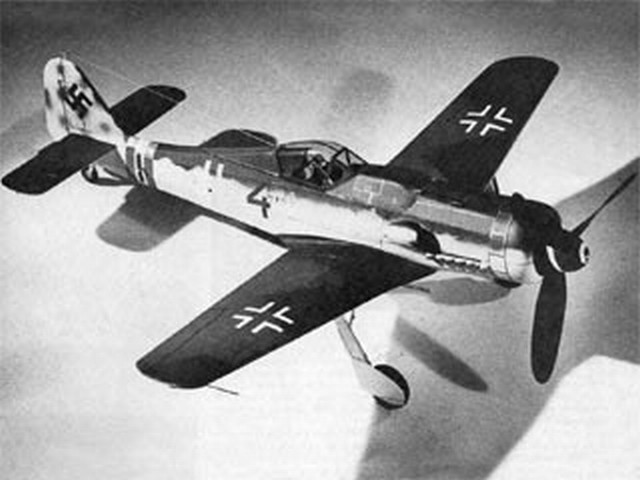