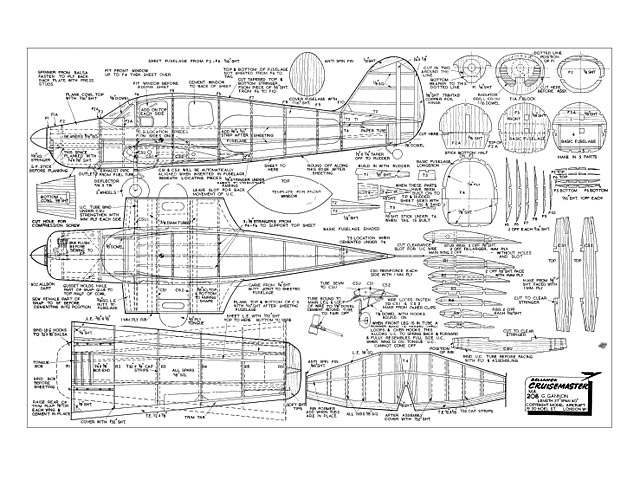 The Bellanca Cruisemaster was developed in 1950 from the Bellanca Cruisair to meet requirements of a 3/4 seater personal or executive light plane. At the time it came on the market, this aircraft had the best performance of its type, cruising at 180 mph and landing at a mere 43 mph. It bears close resemblance to the familiar neat lines of the Cruisair, but has greatly improved power and control systems and as a model its neat, perky looks make it well worth building, for in average hands it should perform in a most realistic fashion.

Fuselage. Build two sides on plan from basic fuselage, making sure that small locating pieces are correctly spaced, as these will later give centre section position, then join with crosspieces to give simple box fuselage. Add formers and bulkheads starting at F3. As soon as F4 is in place the top longerons of basic frame may be cemented in place.

The engine bearers should now be fitted, after which the fuselage stringers can be added. Drill the engine bearers so that the thrust line is as on plan (zero), but make holes slightly larger than bolts to allow for a slight adjustment if necessary.

Next, assemble the lower half of the cowling in this order: cement bottom half of F2A to F3 and bottom halves of F2, F1A, and F3 in correct positions to lower bearer. Add sheet cowl bottom, plus snap former (SF), after sinking and cementing female half of press stud to the latter, then plank from bottom to SF with 1/8 x 1/4 in strips, or larger if desired..."

Update 28/09/2018: Replaced this plan with a clearer copy (patterned background removed) thanks to DBHL, theshadow. 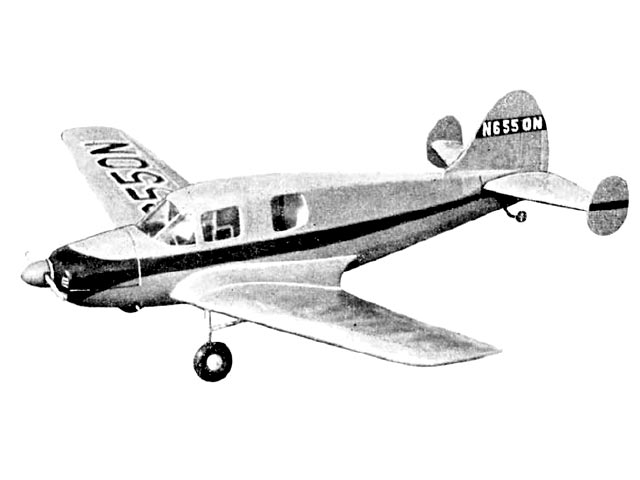