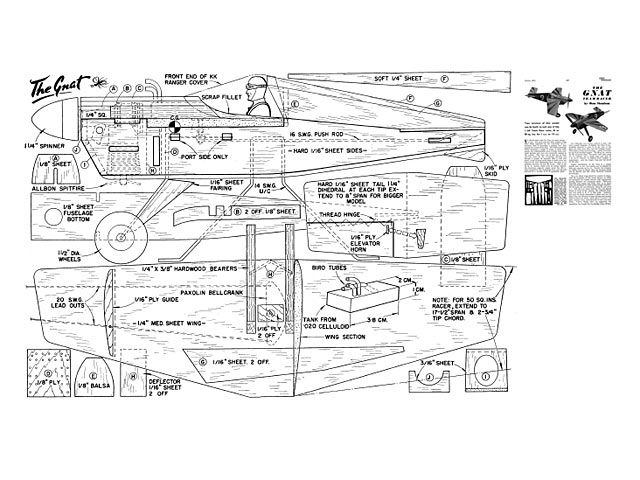 No official rules exist for Class 1/2A team racing - as yet; but each year the East Anglian Team Race Rally organised by the Cambridge MAC includes what is becoming a popular new class among the events of the day. The 1953 Cambridge Rally attracted a couple of dozen of these baby racers, but unfortunately most of them were overnight specials and were not eventually entered in the contest.

The Gnat was in fact one of those specially built for the Cambridge Meeting and though it cannot be reported that it won first place, it did at least prove that it could cover the required 50 mile eliminating heat non-stop at an airspeed of between 45 and 50 mph. This is the 35 sq in version, fitted with an Allbon Spitfire, the maximum capacity engine under the .99 cc limit imposed, and the best airscrew is a wooden 6 x 6 geometric pitch.

One difficulty not readily realised is that with such a small wingspan of slightly less than 14 in, propellor diameter is near to 50 percent of the span and often more than half the fuselage length. This means long undercarriage; partly overcome by the use of an inverted engine..." 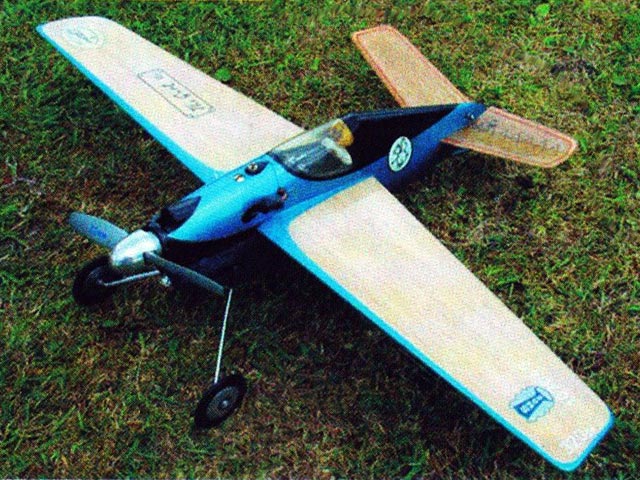