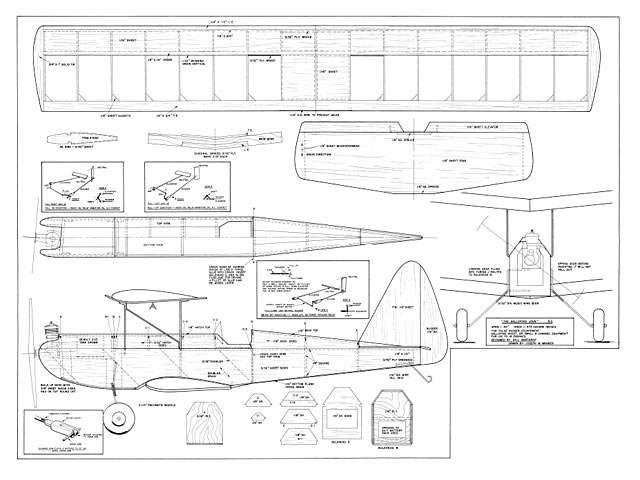 Having flown Galloping Ghost for several years before going into multi, it was only natural that we were curious about how the basic design would work out as a .15-powered single channel ship.

Right in the middle of this preliminary thinking we received a Min-X 1200 Pulsmite rig to evaluate (see Field & Bench this issue). This really set the whole business in motion.

Two ships were built from the original drawing, ours for Galloping Ghost, with a K&B .15, and Bob Veasey's for pulse rudder with a throttle controlled Cox Medallion .15. By way of introduction, Bob is a Delaware R/C club member, former jet jockey, former AMA control line C speed record holder and now a charter member of the S.P.E.B.B. (Society for the Prevention of the Extinction of Barnstormin' Biplanes).

First flights on both ships were almost dull, they were so easy. Both had a slight nose heavy indication which was allowed to remain for the initial test. Anyone who's tried to handle a tail-heavy ship on its maiden flight knows why we did this..." 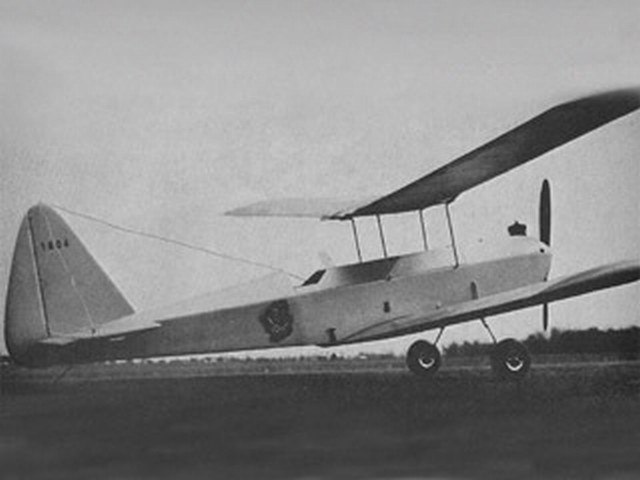