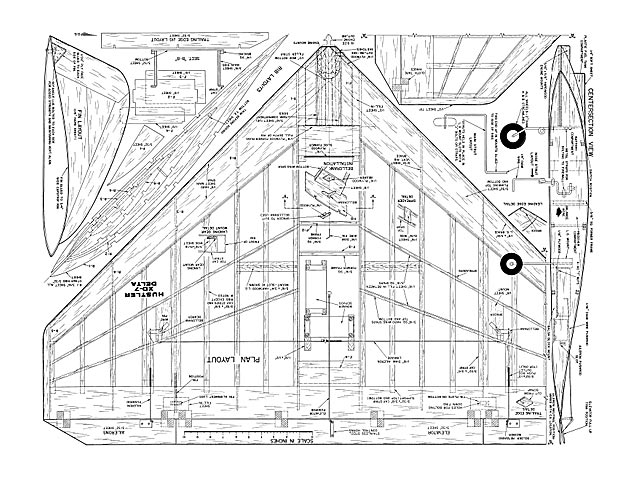 Quote: "Evolution of a three-cornered airplane - it was impossible to believe an RC model could perform so well but after the authors described extensive design program we felt it just had to be told.

The symptoms of this unusual form of madness were first brought to light shortly after the Pylon Racing Event was introduced to RC. Our bunch, in one of our regular, every Monday night, get togethers was busy discussing the possibilities. It sounded like it would be a lot of fun. Naturally, our conversation got around to what kind of model would be best for it. Whatever it was, it should be an exceptionally clean design. That's where the delta's got into it - you ought to be able to build a delta about as clean as anything - no fuselage, no separate tail feathers; just wing, engine and wheels.... 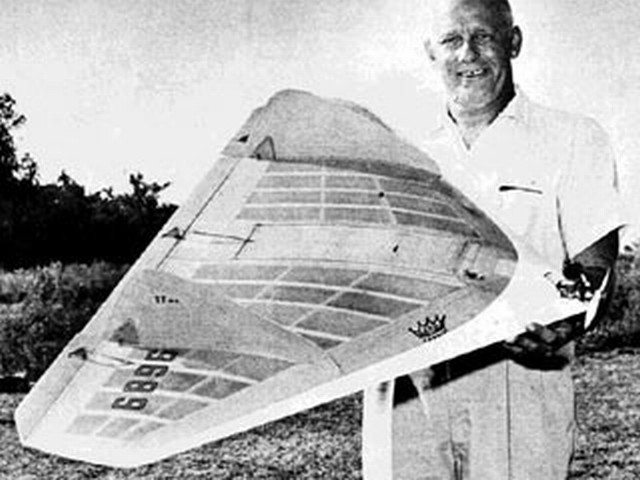 I really want to get the drawings of this model. Best regards,
Gregory - 28/07/2020
Hi Gregory. Suggest you start with the FAQ page at https://outerzone.co.uk/faq.asp#downloadplans which explains in detail how to download the plan.
SteveWMD - 28/07/2020
Add a comment