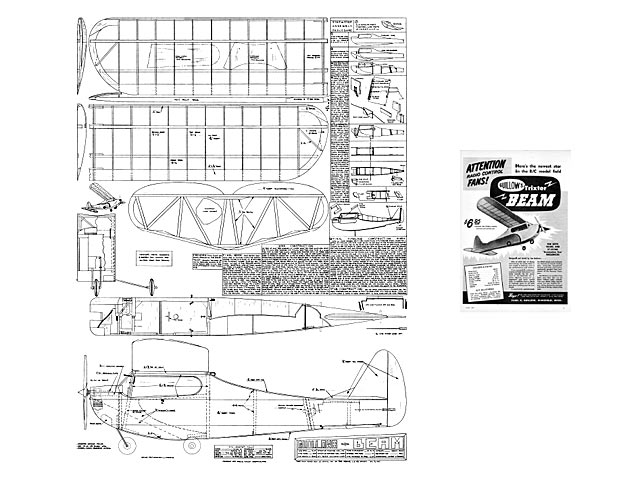 Quote: "Here is a Guillows Trixter Beam with unique story. The plan is a full size scan but not of an original drawing. The plan is a meticulously hand traced pencil copy. This effort was accomplished in 1971 by Bob Aberle, a notable designer here in the US. His fascinating AMA bio states the Trixter was his first r/c model, which may explain a lot. The pencil plan held up over the years but did need a huge amount of cleaning and hand retouching largely because of the copious building notes. I felt if Mr Aberle could devote this much time back in 71 to preserve an old plan I could do likewise in our new digital age." 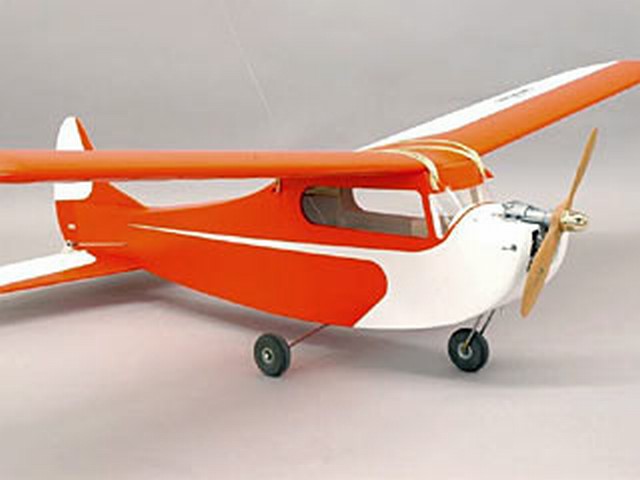 The Escapement is shown in the rear of the model, and the rubber-band used for power to the moving rotor is shown going to the front of the model. I built a Beam in 1954, and used a Babcock compound escapement which mounted on the bulkhead located at the point where the wings trailing edge lay. The rubber strand powering the unit went towards the rear of the model, and was anchored on the right side of the fuselage. My radio was a Citizenship single channel CW type using a single hard tube, components, and relay mounted on the pc board suspended from its four corners, and attached to four corners of the cabin by rubber bands. Power was supplied by an OK-Cub .074 engine. The model was covered in Orange Silk trimmed in white Testors STA Fuel Proof Dope (no Butyrate at this time).
Steve Deri - 16/03/2013
I saw one of these fly about 60 or 61 and it was old even then, fattest model ever built. Most people think the early RC models had so much room inside because the radio gear was large. It WAS big but that wasn't the reason; the ancient tube type receivers used very sensitive relays to energize the escapement, and engine vibration would cause it to go crazy. If the receiver was suspended by rubber bands, vibration couldn't get to the relay, but you needed a lot of room. Don't remember who owned the Beam I saw but only Jim Gould was able to launch it. The K&B 15 didn't have enough power to lift it off a grass field so it had to be hand launched, and Jim's hands were the only ones large enough. For years R.O.G. stood for Rise Off Gould.
DougSmith - 17/03/2015
Add a comment