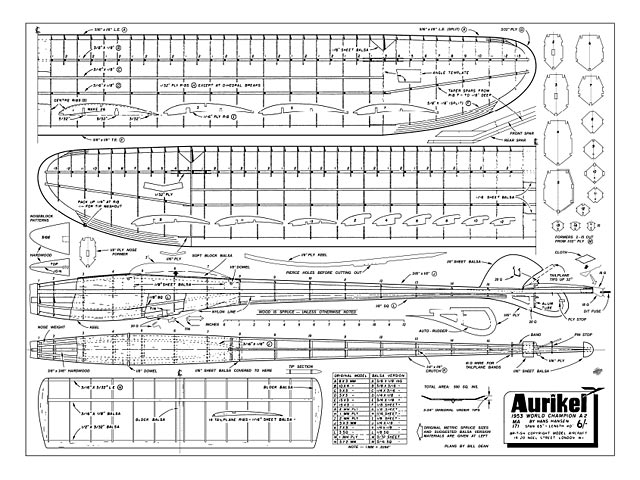 HANS HANSEN'S A.2 Championships Winner is a typical example of the gliders favoured by builders in the Nordic countries - the construction consisting mainly of spruce and ply, in contrast to the usual all-balsa British and American types. Material dimensions on the designer's original drawings were in millimetres, so these have been converted to the nearest fractional sizes. By referring to the ringed letters (A to N), which are given after most of the material sizes, the original metric dimensions and suggestions for a 'balsa version' may be obtained from the panels at the foot of the plan. The model flown at the '53 contest weighed 16 oz, but an all-balsa version should work out at about the allowed minimum of 14.46 oz.

Construction is fairly conventional, so we shall confine the building notes to the essentials only. Four foot lengths of strip will be needed for the wing LE spars and TE and fuselage crutch. If you build a balsa version, pick hard strip for these memebers. The original wing is in one piece, but a two-piece type would be straightforward.

Begin the fuselage by making the cructh flat over the top view. When set, unpin from the building board and install the formers (1-15). Follow with the rear upper longeron..."

Update 03/05/2017: Replaced this plan with a clearer copy (patterned background removed) thanks to TonyP. 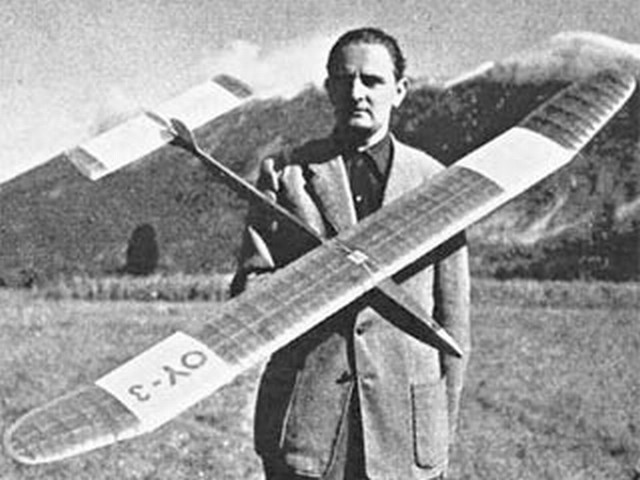