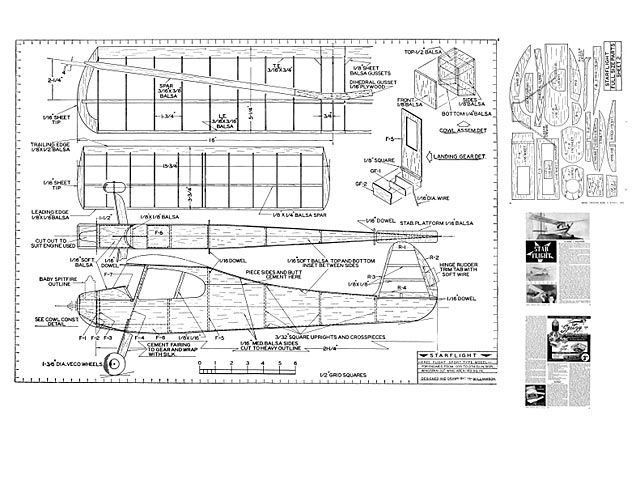 Quote: "If you get the impression, looking at the illustrations on this page, that you've seen the Starflight before, you are probably right. You can see the Starflight any time you visit your neighbourhood airport and practically everyt ime you glance nonchalantly aloft on a sunny afternoon, to check that putt-putt overhead.

Starflight has been the cause of several minor disagreements. Some people say it resembles a Piper Cub, others an Aeronca Champion. Truthfully, it was designed with both airplanes in mind, and an attempt was made to incorporate some of the lines of both ships, in conjunction with the elements of design necessary in a good free flight model.

After many sketches, the model as presented here was evelved, and it has proved to be as successful as we had hoped. We recommend the Starflight for beginners on gas modeling and for those modelers who are making the transition from controlline to free flight. We fel that a little skill and an undertsnading of the drawings will result in a model as smooth flying as the original. If you are in the market for realism in flight and apearance, and simplicity of construiction, we think Starflight is for you - so clean the debris from your work bench and let's go to work.

Fuselage: Enlarge the drawings to three times the size shown by use of the scale ruler and grid lines. Make two sides as shown by the heavy outline. From the fullsize pattern sheet, make one each of all the formers shown. Add 3/32 square stiffeners to both sides as shown, in addition to formers F-6..." 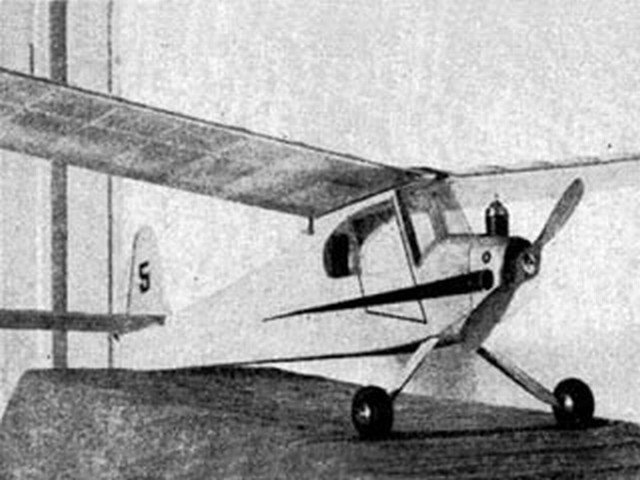