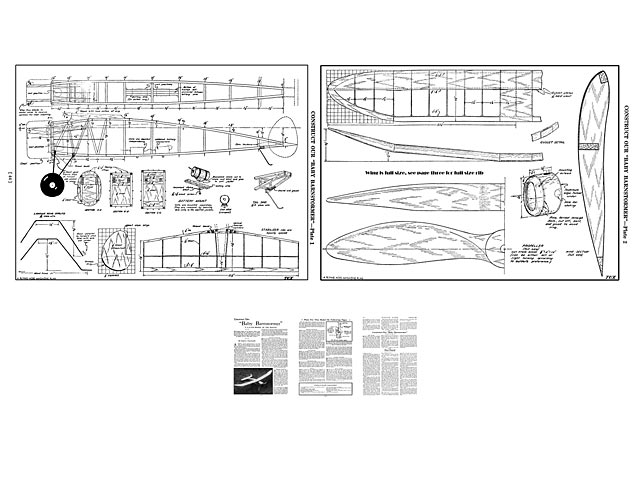 Quote: "A BROWN powered 300-square-inch wing area model was first introduced in Detroit at the '36 Nationals. Thracy Petrides was the originator. The high performance of this diminutive ship attracted much favorable attention. Since then the popularity of this type of model has increased tremendously. It offers great possibilities in the limited-engine-run events, and its ability to get away from the ground quickly makes it a consistent windy-weather ship for contests.

My model described here - the Baby Barnstormer -was built during spare time within a week, and it had made its first ninety flights within the following two weeks. An example of its toughness and reliability is the fact that the landings of over half of these ninety flights were in freshly plowed fields where the model had no choice but to tumble wing over wing. Under these unfavorable conditions damages were frequent. But due to the model's rigid construction the job was always put back in ship-shape order after a few minutes out for repairs.

The Barnstormer is very stable. As can be seen in our accompanying photograph, the line of thrust is high and the center of lateral area is low. It has never stalled, although in every flight it zooms nearly vertically from the take-off to an altitude of about a hundred feet where it hangs almost motionless while it assumes a less pre-carious, but still spectacular, climbing angle. Several models of the same general design were built and powered with three different makes of engines. All proved interesting and successful. With but few changes, chiefly with the gas tank, the model can be built around any 1/6 to 1/5 hp engine..." 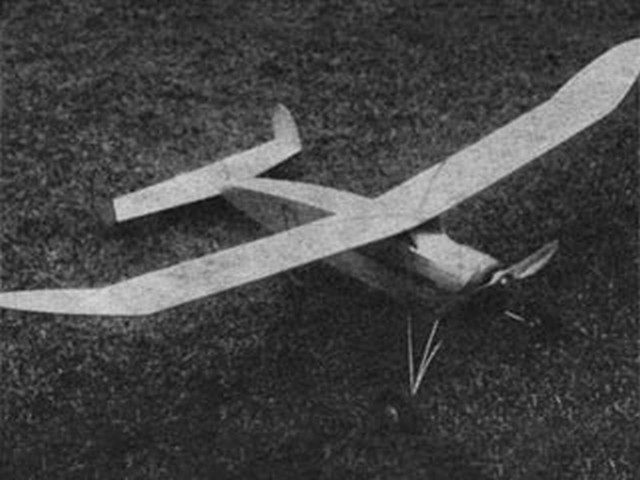