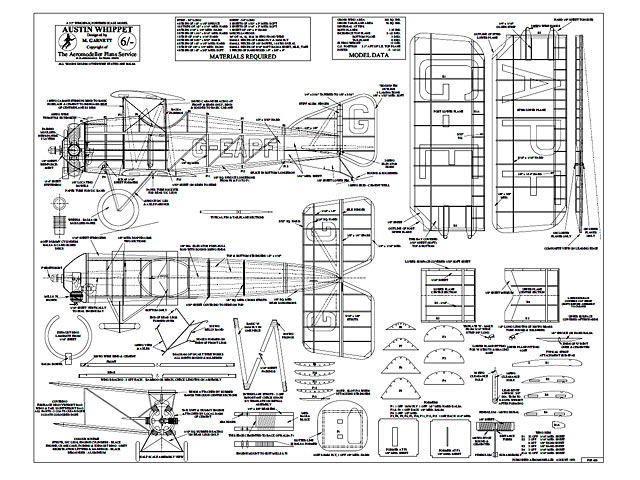 Quote: "The model has been based on the Aeromodeller 1/36th scale GA drawings and is to scale apart from a slight thickening of the wing section. Engine details have been simplified, and minor details such as wind-driven generator and aileron connecting rods have been omitted. The position of internal members has been assumed to be that shown on the APS drawing, and in the form to be presented here, the model features 'knock-backable' wings and a sprung undercarriage, whilst the whole model dismantles into snmall components for transport.

Newcomers to free flight scale should have little difficilty in building the model, but they are warned that they might run into a trouble during trimming, unless they have previously tried other biplanes. A pendulum rudder and a high lift tailplane were fitted originally, but more consistent results were obtained using the sections shown, and the pendulum operated elevatrors..."

Quote: "A model designed at 1-1/2in to the foot (1/8th) and with a wing span of 32 in. A Mills 0.75 diesel was used on the original and it is meant to have ideal flying characteristics, in fact recommended for the beginner to scale free flight. It was designed by M. Garnet using the Aeromodeller GA drawings presented in 1946. As always take care if you chose to build from the plan. The design was built around the Mills 0.75cc motor and features pendulum controls. Being a short nosed biplane it would offer a fascinating build and warrant extreme care when trimming. If I ever got round to building one 'Chicken' would come to mind and radio would be safely built in." 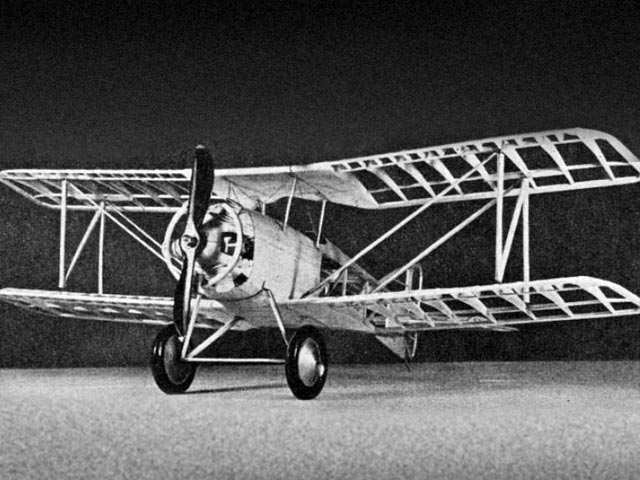