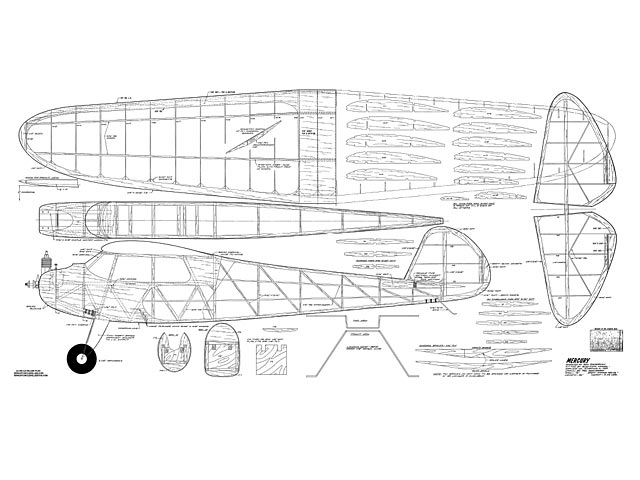 The Mercury was a kit, first produced by Scientific in 1939. This here is a later redrawn plan from MB in May 1975.

The Mercury first appeared in Scientific Model Airplane Co advertisements in mid-summer of 1939. Although he was never mentioned in the ads, Ben Shereshaw was the designer.

Typically Shereshaw in its clean, functional lines, it was unlike Shereshaw in its exceptionally easy construction. Most of his designs, such as the Custom Cavalier (oz335)and the Nimbus (oz524), were nine and ten foot streamliners, and were also major building projects.

Close inspection of the incidence angles as shown on the original plans indicate a very small angular difference between wing and stab. However, the stab has a symmetrical section. Still, it is advisable to be very careful when installing the stab to avoid a 0-0 set-up. The climb would be great, but watch the transition!

The Mercury should make an excellent R/C design, and with the tail surface location, the installation could be well disguised. With a wing area of approximately 765 sq in, the maximum glow engine size would be a .30."

Note this plan is stamped "An Uncle Willies Plan". 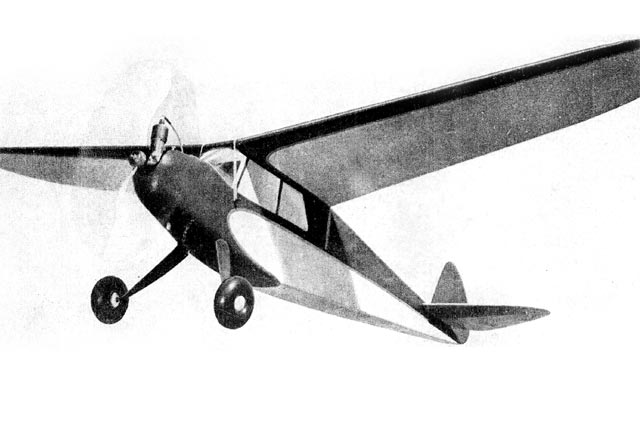