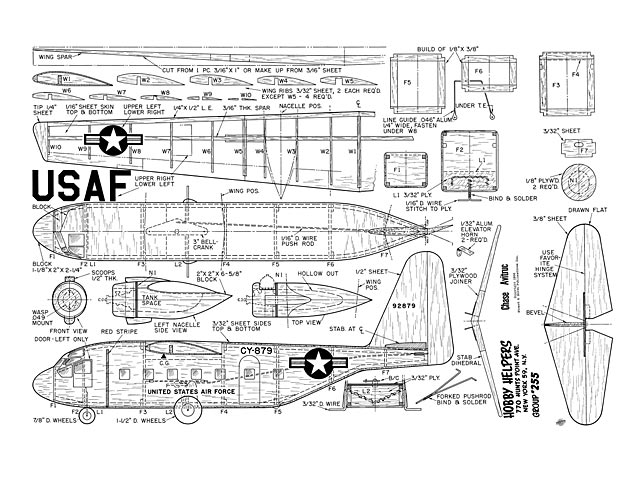 Direct submission to Outerzone. This plan is missing the tailplane layout.

Update 19/02/2018: Replaced this plan with a single page plan that is complete and shows all parts (inc tailplane) at 300 dpi, thanks to ratracer. 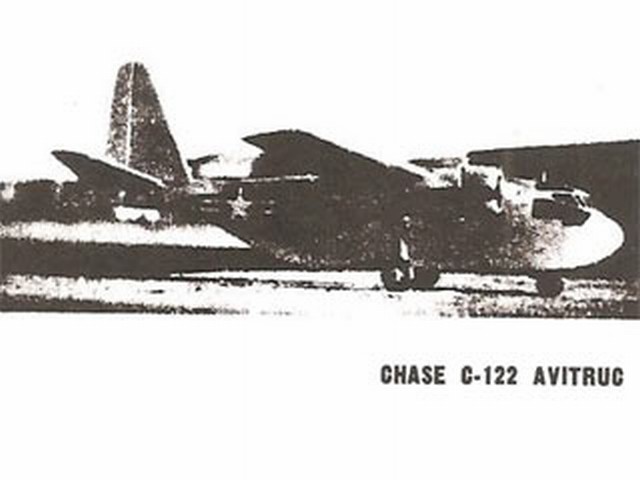 Here are some photos for the file [more pics 003-006]. I began this model in high school, 1959, with a classmate who had the plan. Because of the box-like fuselage, Joe built his R/C using a two tube radio available left over from his father's projects. The transmitter used a clockwise rotating control switch with neutral at 12 and 6, while right rudder was at three o'clock and left at nine. Therefore, if one had just used left rudder and needed it to turn left again, it was required to turn right before left . As the aircraft was rudder only and under-powered with two early cox Thimble drome engines, flights were entertaining and a challenge. One time it finally got some altitude and got in range of a radio controlled traffic light which tried to take over. Joe would frantically rotate the switch to make a turn and then the light would change. The plane was eventually freed from the traffic light, flown back and safely landed. This plan would still be a good R/C at double sized. As you can see, mine is control-line as per the plan, with two Cox Baby Bee engines - and still unfinished, interrupted by the Air Force, marriage, children and other projects. I hope to finish and fly it while I can still stand upright.
EdShearer - 12/02/2018
Add a comment