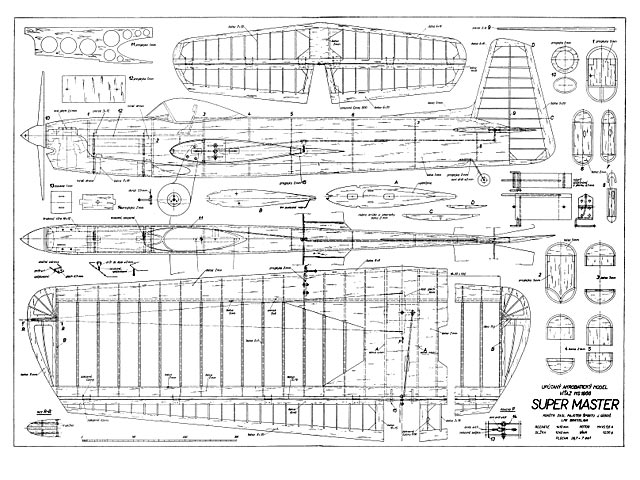 Quote "Here is a fine stunt model. The Super Master was by Josef Gabris of Czechoslovakia and its record at the World Championships flown by Gabris was 9th in 62, 5th in 64, 1st in 66, 1st in 68. After that drawing was published in MAN, Gabris flew to 3rd place at the 70 World Championships (behind Werwage and Giesiki which is the first year an American won the World Championship title). The Super Master was published in Aeromodeller, Apr 67. From information published at that time, the dimensions were 55.5 in span with 624 sq in area. The construction article stated the weight to be 43 oz. Flaps and tail surfaces were built up with open bays. Plans show over and under leadouts. Power was the rear intake MVVS 5.6 engine (about .35 cu in displacement). I have also attached a photo of a version of the model built by Paul Winter a fine UK stunt flyer." 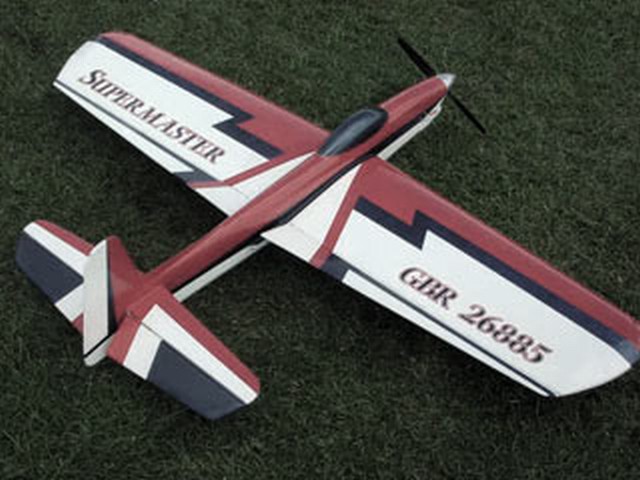