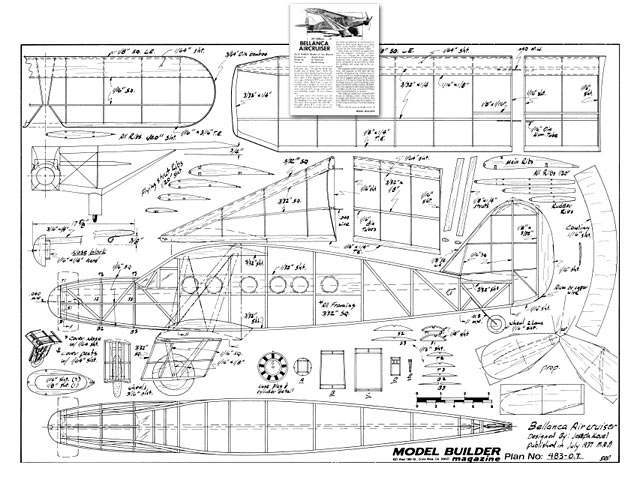 The Joseph Kovel Bellanca Aircruiser (oz4497) design was first published in MAN July 1937. This here is a later re-drawn plan by Al Patterson, in the April 1983 issue of Model Builder.

How many times have you heard someone say: I'm gonna build that model one of these days? Well, this writer has been harboring that thought about Joe Kovel's Bellanca Aircruiser ever since it first appeared almost 46 years ago, in the July 1937 issue of Model Airplane News. Back then, it was too complicated a project for this 15-year-old, who had only been modeling a few years and was still carving solid models and building simple, 10-cent Megow kits.

In later years, the model was still appealing to me, but now with the idea of enlarging it for free flight gas scale. The next time around, the mid-'60s, I thought about R/C scale, but I was unable to find the necessary documentary back-up material. In recent years, it began to look good again, as a giant sport scale model (lightweight, of course) for the Technopower radial.

Now, at last, we're back to square one, and the original 'someday' comes closer, as I turned the full size plan project over to Al Patterson. The original magazine plan was in six plates, with many components drawn full size. Only the fuselage and wing had to be enlarged.

The original model employed a motor stick, still popular in the mid-30s but rapidly disappearing. Unless you're a super-purist for duplicating the original, we'd suggest going to 3/32 square spruce or 1/8 square balsa for the main fuselage structure and mounting a rear peg to hold the rubber motor. Incidentally, the original model must have been real light, as only four strands of 3/16 flat were recommended for power.

The original model was covered with tissue, in military colors: blue for the fuselage, and all the rest in yellow. The text called for balancing the model 1/3 of the wing chord back from the leading edge. Don't wait 46 years to build yours!" 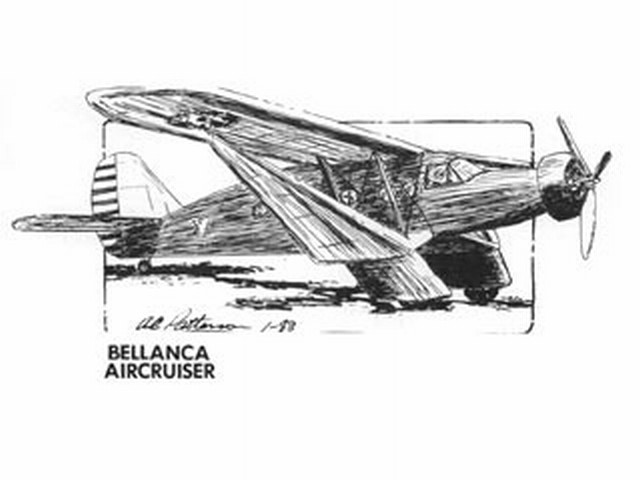