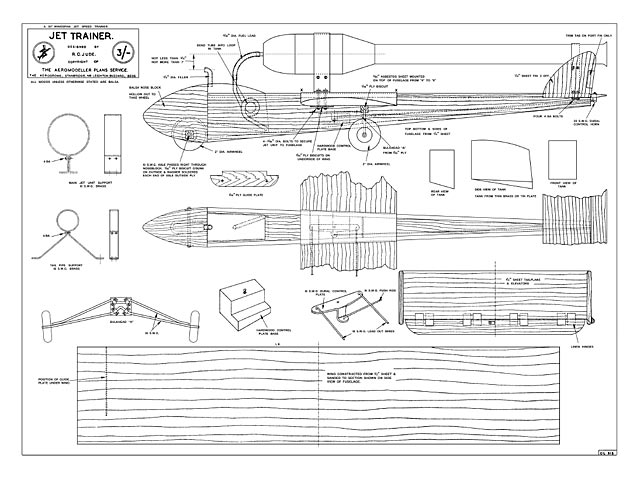 Quote: "With the placing of a very efficient resonating jet unit on the British market there will no doubt be many control line enthusiasts who will wish to try a jet model, but the change of speed from a normal airscrew model is very considerable and it cannot be too strongly emphasised that a jet trainer is very necessasy to bridge the gap before proceeding with the construction of a very high speed jet model.

The model herewith described is simple and robust and is far from slow. The original model completed some fifty flight without showing any signs of damage or strain before it was placed on the retired list andthe ultimate speed model was started. This model is capable of some one hunderd to one hundred and ten miles per hour.

The design is shown with a tricycle undercarriege and performed well with it, but the speed was greatly increased with the use of a takeoff dolly..."