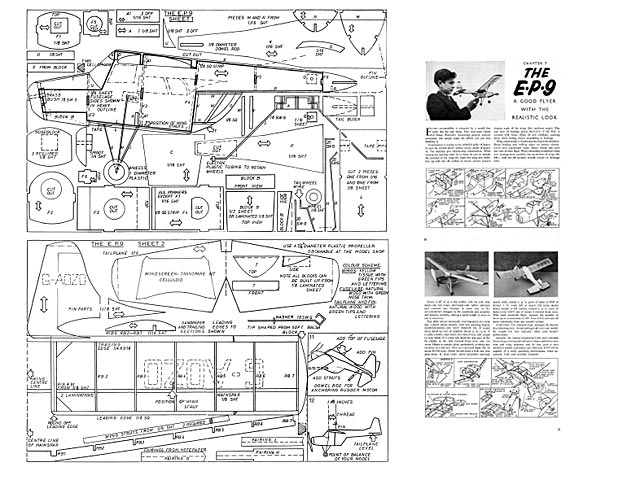 Quote: "EVERY aeromodeller is attracted by a model that looks like the real thing. This near-scale model of Edgar Percival's fascinating general purpose aeroplane will amply repay the efforts you put into building it.

Construction is similar to the Airflo Glider (oz2617) from chapter 4, and the Starcrest (oz2630) rubber driven model in chapter 6. The sketches give step-by-step construction. When tracing the fuselage sides on to balsa be sure to include the position of the wing rib. Later the wing ribs (RB.1) line up with this rib outline to ensure correct upward slopping angle of the wings (the incidence angle).

The rear part of fuselage (parts M,N,O,T, V, W2) is covered with tissue. Dope fin and tailplane, pinning down white drying before assembling to fuselage.

Wing construction is shown step-by-step in the sketches. Shape leading and trailing edges to section shown. Cover with lightweight tissue. Water shrink and give one coat of clear dope. When cementing completed wing into fuselage slots, carefully line up bottom of wing ribs RB.1 with the rib outlines already traced on fuselage sides..." 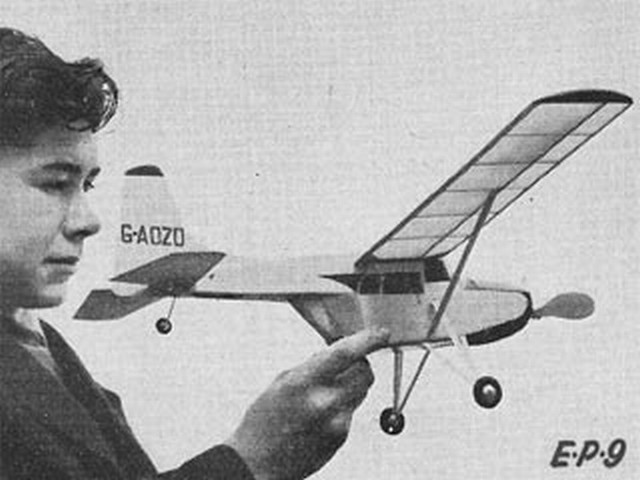