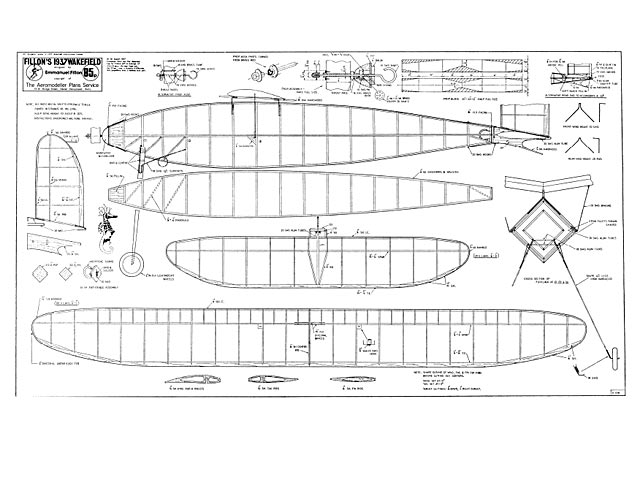 Quote: "THE 1937 WAKEFIELD International Trophy competition, held at Fairey's Aerodrome - better known nowadays perhaps as 'Heathrow', where model flying is certainly no longer permitted - was particularly memorable as being the first truly international meeting. Incredibly, M. Fillon, the eventual winner, still has the actual model today where he photographed it at his retirement home in the South of France.

Vintage competition fliers will be pleased to know that this model certainly conforms with SMAE vintage rules - the plans were originally published in the December 1937 issue of the French magazine Model Reduit d'Avion. However, those who have a liking for vintage designs but not for some of the complicated and certainly out-dated constructional methods employed, should note the suggested alternatives marked on the plan where appropriate. These still retain the vintage 'flavour' without the hair-splitting accuracy demanded by some vintage contests. The choice is yours!

To recapture the atmosphere of the 'serious' competition flying of the day, what better than the following report, taken from the September 1937 issue of Aero Modeller..." 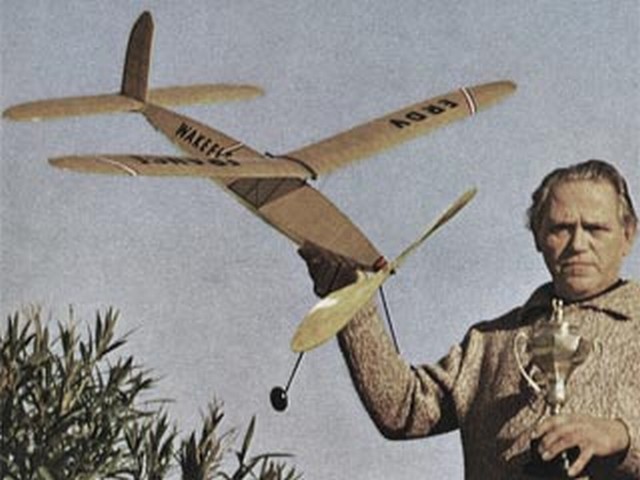